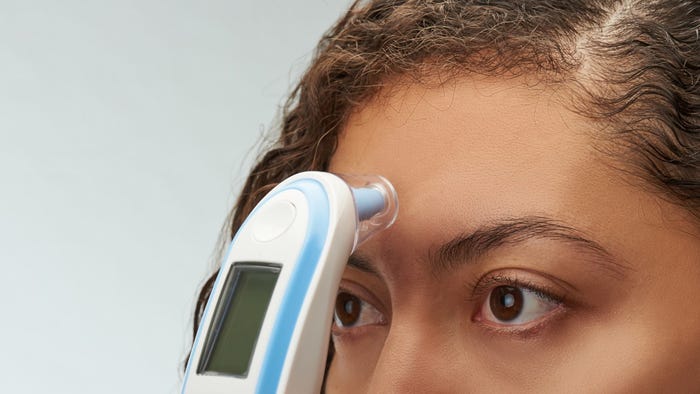 Airlines have been pushing the federal government to conduct passenger temperature screenings at airports across the country as another measure to convince travelers it's safe to fly again.

Will a surge in coronavirus cases in several states make that a reality?

The Transportation Security Administration, which Southwest Airlines CEO Gary Kelly and others have said is the logical agency to handle screenings, is noncommittal, and so was Vice President Mike Pence in a meeting with top airline executives last week.

TSA Administrator David Pekoske said in a call with reporters Tuesday that no decision has been made on federal fever screening for airline passengers and that any decision and ultimate operation would include other agencies.

Pekoske raised two concerns with federal temperature checks: How effective they are and what to do with passengers who show a fever under such a program.

He said discussions with health officials at the Centers for Disease Control and Prevention and elsewhere indicate that "temperature checks are not a guarantee that passengers who don’t have an elevated temperature also don't have COVID-19,'' Pekoske said.

As to where any federal screening would take place at the airport, Pekoske suggested the TSA checkpoint isn't the only option. He said ideally it would be done where large volumes of passengers enter a public space, singling out the car rental center as an example.

"We believe it would be a good idea,'' he said. "We do believe it’s a government function.''

The group went so far as to announce last week that its member airlines will refund travelers who can't fly because they are found to have a fever — during a federal screening.

Calio and the top executives from American, United, Delta and Southwest took their case to the White House on Friday in a meeting with Pence.

The meeting was held amid a spike in coronavirus cases in 16 states, which Pence called a "rising tide of new cases'' in a news conference Friday.

The White House has appeared receptive, but no screening program has been announced and the only thing on temperature checks out of Pence's office from the closed meeting was a mention that they were discussed. Frontier Airlines is currently the only U.S. carrier taking passengers' temperatures, screening travelers at the gate.

Absent federal fever screening, Calio said Tuesday that some airlines are considering joining Frontier and conducting their own temperature checks. The only major airline the group represents that told USA TODAY they are considering that is United, and then only on flights to destinations where it is required, including Canada and select Asian countries, spokeswoman Leslie Scott said.

Officials with the CDC have been against the airport temperature screening plan, arguing that it's ineffective, according to emails obtained by USA TODAY.

Travelers returning from China were screened for fever earlier this year but that failed to stop the virus from reaching the U.S., they say.

“Thermal scanning as proposed is a poorly designed control and detection strategy as we have learned very clearly,”  Dr. Martin Cetron, the CDC’s director of global mitigation and quarantine, wrote in an early May email to Department of Homeland Security officials. “We should be concentrating our CDC resources where there is impact and a probability of mission success.”

Cetron questioned his agency’s legal authority to execute the airport plan, ending the email: “Please kindly strike out CDC from this role.”

The CDC is not the only opponent.

Travis LeBlanc, a board member for an independent federal agency charged with protecting Americans’ privacy and civil liberties, asked the Department of Homeland Security to detail how it intends to collect, use and safeguard the sensitive health information.

“The ongoing pandemic is not a hall pass to disregard the privacy and civil liberties of the traveling public,” LeBlanc, a Democrat on the five-member bipartisan Privacy and Civil Liberties Oversight Board, said in a letter obtained by USA TODAY.