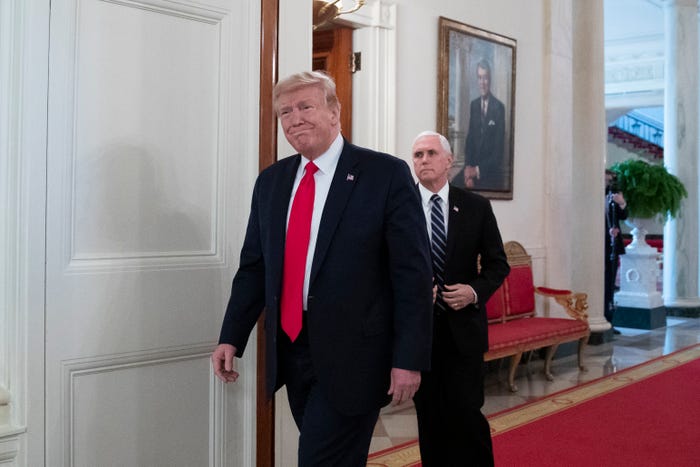 WASHINGTON – A member of the military who works at the White House tested positive for the coronavirus, prompting new tests of President Donald Trump and Vice President Mike Pence that proved negative, administration officials said Thursday.

"We were recently notified by the White House Medical Unit that a member of the United States Military, who works on the White House campus, has tested positive for Coronavirus," said White House spokesman Hogan Gidley.

Gidley also said in his written statement that "the President and the Vice President have since tested negative for the virus and they remain in great health."

The White House did not identify the infected person and did not say how close he or she may have gotten to the president and vice president.

CNN, which first reported the story, said the person is "a member of the US Navy who serves as one of President Donald Trump's personal valets."

The network also said that "Trump was upset when he was informed Wednesday that the valet had tested positive," and "he was subsequently tested again by the White House physicians."