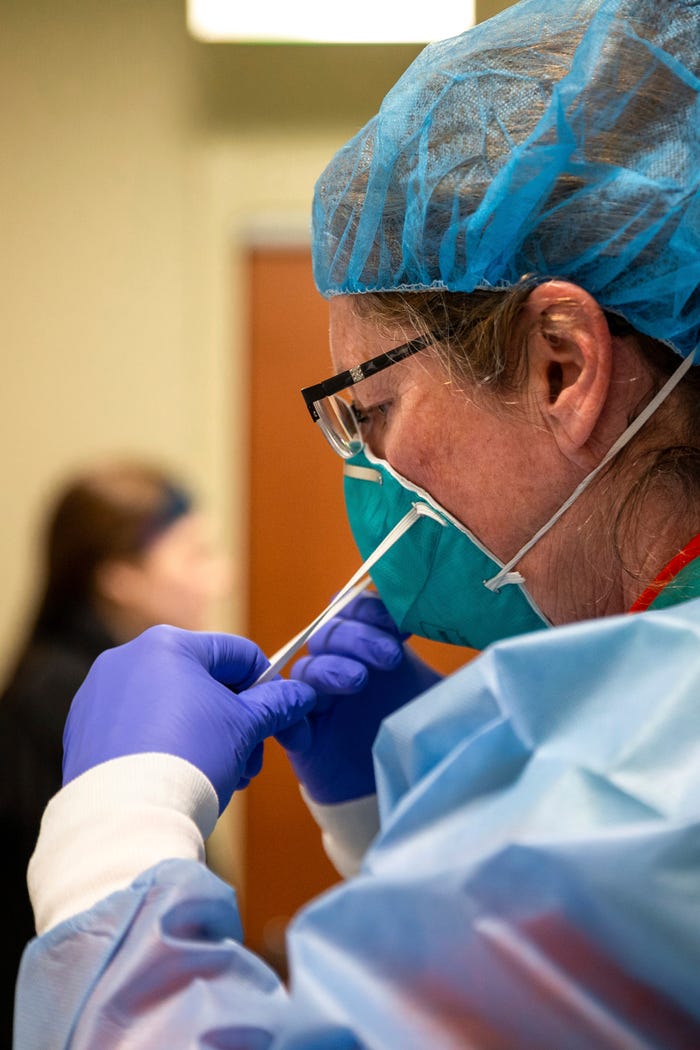 A lack of personal protective equipment. Reductions in pay. Burnout.

Those are among the challenges being faced by physician assistants during their ongoing frontline battle against the novel coronavirus, according to a survey released Tuesday by the American Academy of Physician Assistants. The survey took responses from 743 PAs over a 12-day period, according to the AAPA.

Almost 39% of respondents treating COVID-19 patients said they have gone without PPE. In one set of survey data, 3.6% of PAs said they’ve been infected with COVID-19.

“PAs are trained, you know in this generalist model, and then we sort of differentiate out into the different areas we work so we’re very flexible and adaptable to be able to go into those situations and so this was really the almost perfect use case for PAs,” said Sobel, also a member of the AAPA board.

The AAPA noted: “In most states, PAs are required to have and maintain a relationship with a specific physician in order to practice.” Governors in Maine, Michigan, New Jersey, New York, Louisiana, South Dakota, Tennessee, and Virginia signed executive orders effectively waiving that restriction, according to the AAPA.

Some PAs who answered the survey said the pandemic has impacted their employment status. Some were furloughed (22.1%) and others were terminated (3.1%). The majority (58.7%) said their hours were reduced, while 30.6% said their base pay was reduced.

“I think the survey is really vital because it shows that we’re absolutely on the frontlines taking care of patients and that, in many areas, they were utilized in a way that helped the pandemic come under control,” Sobel said.

Are lockdowns being relaxed in my state? Here’s how America is reopening amid the coronavirus pandemic.

PAs also shared a fear for the health and safety of their families.

More than 650 of the nearly 700 practicing respondents to the question “How worried are you about the health of you and your family?” said they were at least “slightly worried.” The majority (43%) said they were “somewhat worried.”

Dr. Tim McCall, the AAPA’s associate director for surveys & analysis, said some of the survey results were surprising. McCall is also a faculty member at the School of Medicine and Health Sciences at George Washington University.

McCall pointed to the burnout — or lack thereof.

“We’re really surprised by, in a pleasant way, is that with PAs being on the frontlines, and this being a crisis that they’re having to deal with, we’re seeing similar rates of burnout to what we saw at this time last year,” said McCall, adding that the AAPA will continue to monitor burnout in a follow-up survey in June.

The AAPA represents more than 131,000 PAs nationwide, according to its website.