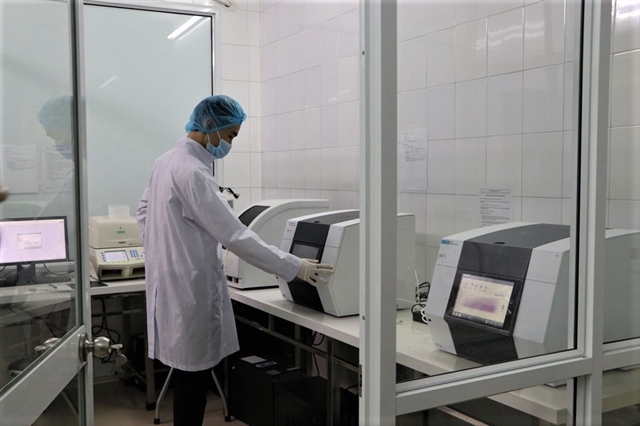 The patient is a 25-year-old female expert from South Africa who landed in Việt Nam at Nội Bài International Airport on December 19, after transiting through Doha, Qatar.

The woman was quarantined on arrival and her COVID-19 test results return positive on December 23.

She is currently being treated at the Đông Anh campus of the National Hospital for Tropical Diseases in Hà Nội.

The National Institute of Hygiene and Epidemiology based in Hà Nội has been conducting genomic sequencing of all COVID-19 cases in the northern region, and prior to the current community outbreaks centred in Hải Dương and Quảng Ninh cropped up earlier this week – the institute’s works mostly dealt with imported coronavirus patients.

On January 5, the Vietnamese Government imposed a ban on inbound flights from the UK and South Africa over concerns of the mutated coronavirus that could result in faster and stronger spread among humans.

The country has closed off its border against nearly all foreign arrivals since March last year, but still occasionally permitted a limited number of flights to repatriate its citizens overseas or bring in foreign businesspeople or experts considered essential for its economic development but all have to be quarantined for 14 days.

The ongoing outbreak in the northern province of Hải Dương, centred around a Taiwan-invested electronics factory in Chí Linh City, was highly concerning due to the presence of SARS-CoV-2 variant first reported in the UK – which is also very contagious but not necessarily causing more severe disease in the infected.

The outbreak was discovered following a testing drive prompted after a female worker at the factory tested positive for the new variant after arriving in Japan, as the country at the time has not recorded any local infection for more than 50 days. — VNS