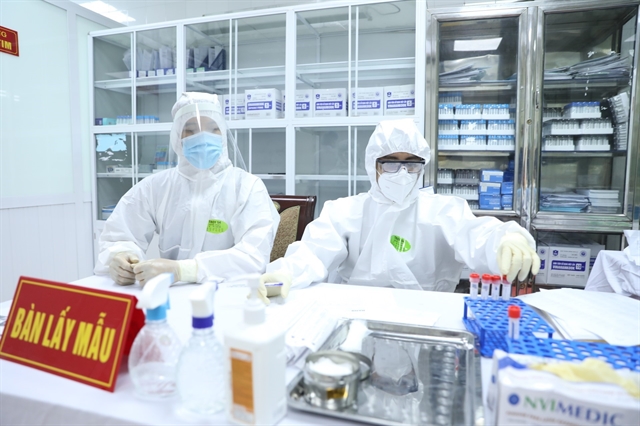 The inoculation for 560 volunteers, with 280 getting shots from each unit, was carried out in 12 days, starting on February 26.

The 560 volunteers were divided into four groups, with 80 people injected with a placebo and three other groups administered with 25mcg, 50mcg, and 75mcg doses.

Among them, there are 105 people aged over 60, and the eldest is 76 years old. Some also have “not-too-serious” underlying health conditions like high blood pressure, blood lipid disorders, diabetes, and cardiovascular diseases.

Men said all the volunteers are currently in stable health condition, noting that their blood samples will be collected for antibody testing on the 28th, 34th, and 42nd days, as well as after three and six months, since the first jabs.

They are set to get the second shots of Nano Covax after the next 28 days, he added.

To accelerate the progress, the second-stage human trials were conducted in two sites at Hà Nội and the southern province of Long An, so as to shorten the research duration to three months, instead of six months, but still meet scientific requirements, he went on.

A preliminary report on testing results is scheduled to be issued this May.

The third phase of human trials is expected to involve 10,000-15,000 people in both Việt Nam and other countries in Asia with severe coronavirus outbreaks.

Navo Covax, developed by the Nanogen Pharmaceutical Biotechnology JSC, is the first COVID-19 vaccine of Việt Nam to be tested in clinical trials.