During the height of the pandemic, many health care providers were forced to temporarily halt elective procedures in an attempt to slow down virus transmission and relieve hospitals overwhelmed by COVID-19 patients.

But before the pandemic, a new report shows U.S. hospitals may have unnecessarily performed too many elective procedures and tests, particularly among older adults.

The Lown Institute, a health care think tank, found more than a million tests and procedures performed in hospitals on Medicare patients from 2016-2018 met established criteria for overuse.

“These results are if anything the low end of the estimate,” said Dr. Vikas Saini, president of the Lown Institute. “It speaks to the power of habit, weak penetration of actual science and certainly a lot of prominent financial incentives for hospitals and doctors without any counter-balancing information that patients could use to push back.”

The report looks at 12 low-value services including hysterectomies for benign disease, coronary stents for a stable heart and diagnostic tests like head imaging for fainting. Researchers found more than 90% of hospitals overused these tests or procedures.

The institute released a ranking of more than 3,100 hospitals examining success at avoiding the use of tests and procedures that offer little to no clinical benefit.

“It seems like in medicine and health care, there’s similar kind of forces that are more active in the South than elsewhere,” Saini said. “If we want to improve our health care system, it’s important to understand what about the South may be different.”

A separate report published last week by The Leapfrog Group, a watchdog organization focused on health care safety and quality, found a similar trend when looking at hospital safety across the country. For the ninth year in a row, more than 2,700 hospitals were assigned a letter grade based on its ability to protect patients from preventable errors, accidents, injuries and infections.

Only two out of the 27 hospitals that achieved “A” grades for the 19th time in a row are located in the South, specifically in North Carolina and Virginia, said Leah Binder, president and CEO of The Leapfrog Group.

But unlike the Lown Institute report, Binder said Leapfrog’s straight “A” hospitals are more widespreadacross the rest of the nation, and include many community hospitals as well as academic institutions.

She also said hospitals with a consistent pattern of protecting patients from errors accidents and injuries seem to have been more prepared when the pandemic hit.

“First step is safety because it doesn’t matter how good the surgery is if you get the wrong medication or they make a big mistake in post-op, then it doesn’t matter anymore because your life is at stake or you can suffer terribly,” she said.

By releasing these reports, Saini and Binder hope to sound an alarm and encourage hospitals to reduce unnecessary procedures and tests, and increase patient safety.

“We’re not publishing the rankings because we think patients can use this information to pick hospitals,” Saini said. “Our incentive is more about changing the conversation and putting it out in the town square to say ‘Look, this is a problem.’”

“We wish we could give every hospital in this country an ‘A,’ but we can’t yet,” Binder said. “We have to make it clear to hospitals that this needs to be their priority, that nothing else matters as much as the safety of the patients in their bed.” 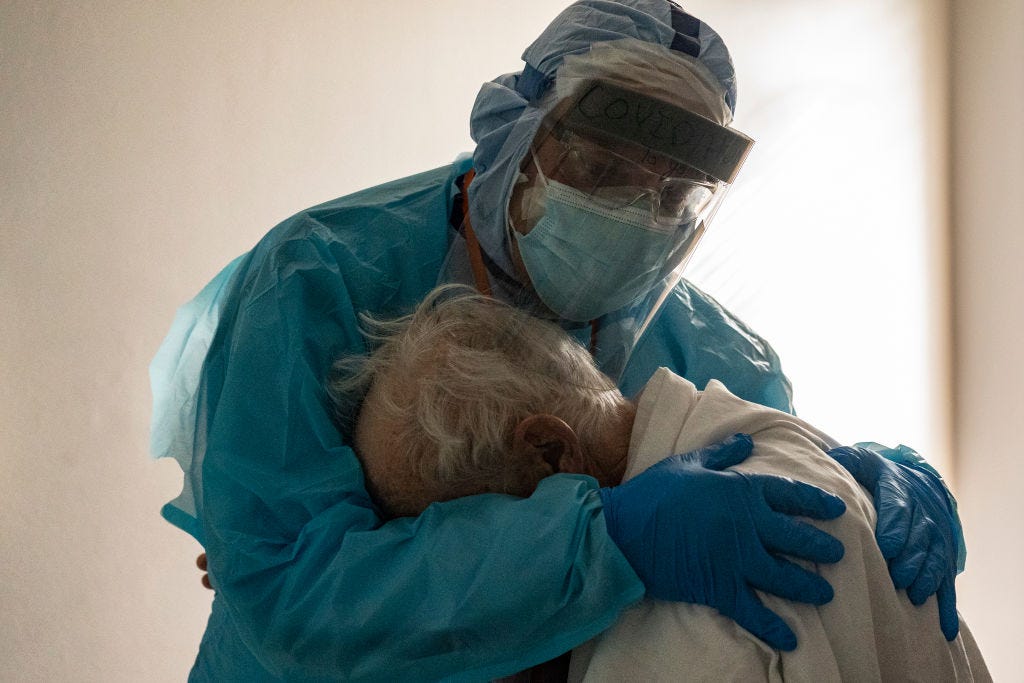