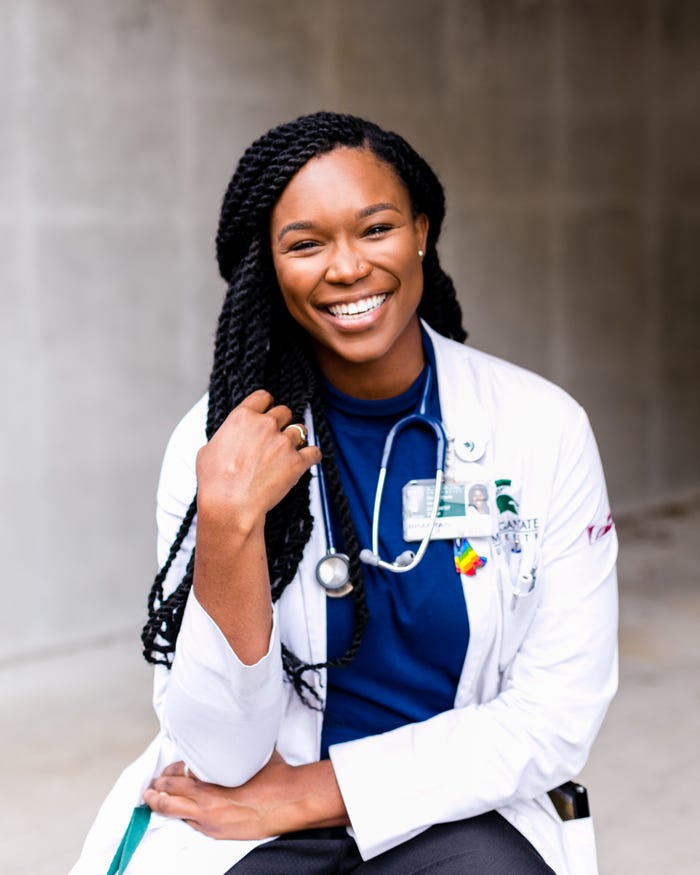 More than two in five U.S. doctors will be old enough to retire in the next decade and the pipeline of new doctors remains much like it did a generation ago – not as diverse as the overall population.

A new report Friday from the Association of American Medical Colleges underscores two persistent trends in medicine: The nation’s doctor shortage could worsen over the next 15 years, and the ranks of Black and Hispanic doctors fall far short of reflecting the nation’s diversity.

The AAMC projects the nation will face a shortage of up to 139,000 doctors as the population of retirement-age Americans soars 45% by 2033.

But the report said the need for medical care could be even more pressing if under-served communities – people of color, underinsured and rural residents – use health care as often as their more affluent suburban counterparts.

“We know there are structural problems in access,” said Dr. Janis Orlowski, the AAMC’s chief health care officer. “This is an area we continue to point to and we need to deal with.”

The report compares the racial makeup of doctors and medical students to the nation’s overall population.

About 2.6% of the nation’s doctors in 2019 and 7.3% of students enrolled in medical school in 2020 identified as Black or African-American. Despite efforts to bolster the ranks of black doctors, the figures still lag the 13% in the overall population.

Osose Oboh knows how difficult it can be to make it through medical school, but she’s on track to graduate from Michigan State University College of Human Medicine next year.

Her parents, who immigrated from Nigeria, instilled in her the confidence to pursue a meaningful career. But it wasn’t until she became ill during her freshman year at the University of California, Los Angeles she became convinced medicine was the right path.

She recalls being so sick she could barely talk and felt as if she needed to be carried from the car to the doctor’s office. Once there, she gave a detailed account of her symptoms, but the doctor talked over her and asked questions unrelated to her eventual diagnosis of swine flu.

“It was the scariest moment of my life,” she said. “I felt unheard.”

She was disappointed because the doctor knew her most of her life. It was an example of bias in medical care, she says, and it resulted in subpar care.

“That was the main reason that fueled me to continue because the journey was not easy,” said Oboh, who wants to pursue a career as an internal medicine and gastroenterology specialist.

In 2019, only 3.8% of doctors identified as Hispanic, Latino or of Spanish origin.

Dr. Howard Koh, a professor at Harvard T. H. Chan School of Public Health and former Department of Health and Human Services Assistant Secretary, said doctors can show unconscious bias in caring for others. That's one reason why a diverse workforce, training and cultural competence are critical to quality care.

"Our country is well on its way to becoming a majority-minority nation by 2045," Koh said. "This affects all of us, not just some of us."

But there are barriers to growing a more diverse physician workforce. Socioeconomic factors can make it more challenging for underprivileged students to have an equal shot at medical school. The average four-year cost for a public medical school exceeds $240,000, and graduates can spend decades repaying six-figure loans.

Beyond the financial barriers, students must build a foundation in science and math in grade school and high school.

During visits to schools in Flint, Michigan, students initially told her they were interested in working retail jobs or playing professional basketball. Weeks later, after meeting medical students who looked like them, the students said they, too, wanted to become doctors.

“It’s really hard to imagine what you don’t see, which is why representation matters,” Oboh said.

AAMC officials are also closely monitoring how the COVID-19 pandemic will influence the future doctor workforce.

As New York hospitals were overwhelmed with COVID-19 patients facing life-threatening complications, Gov. Andrew Cuomo in March took what seemed like an extreme step. He appealed to recently retired doctors and nurses to be on call to respond to the public health threat. He also solicited help from out-of-state doctors and other health-care workers.

“It shows we have a shortage of physicians and any stress on the system produces an immense problem,” Orlowski said.

The pandemic continues to stress hospitals, more recently in hotspot states such as Arizona and Texas and ICU beds fill and doctors work long shifts. But there will be long-term effects, too, like renewed interest in specialties such as infectious disease and lung specialists.

Doctors also will must be prepared to care for patients remotely as telehealth takes a firm hold on the health-care system.’

Orlowski and AAMC officials worried prospective medical students might be discouraged by the number of doctors and nurses who died while caring for COVID patients. But the opposite seems to be true.

Preliminary figures show applications to medical schools and the number of students taking the medical college admission test, or MCAT, are “quite strong” and a sign students are influenced by the importance of medical care during the pandemic, Orlowski said.