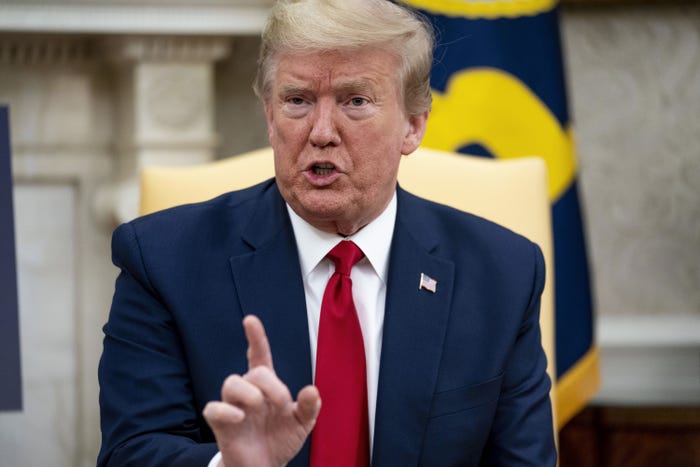 WASHINGTON – President Donald Trump said Friday that a Navy valet who tested positive for the coronavirus was in the same room with him on Tuesday, the day he began exhibiting symptoms.

Trump also said he has been tested twice in recent days with both tests coming back negative.

“On Tuesday, he was in the room," Trump said on the morning program "Fox & Friends," but he does not recall any direct contact with the ill employee.

In light of the positive test, which was announced Thursday, Trump said the valets who serve his food will now all be wearing masks.

Trump said the valet in question had been off duty in the days before Tuesday. He told reporters Thursday the valet wore a mask, as many employees do, and that he knows the aide but has had "very little contact" with him.

After the White House announced the worker had tested positive, Trump said his staff would be tested daily moving forward.