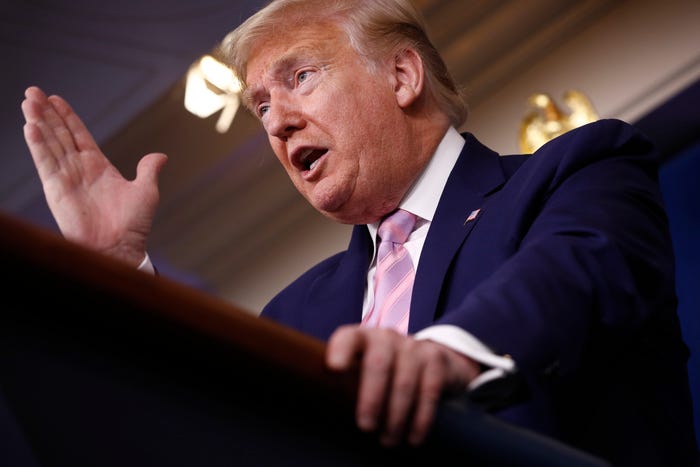 WASHINGTON – President Donald Trump issued a proclamation on Sunday banning individuals who have been in Brazil within 14 days prior to attempting to enter the United States in the latest travel restrictions aimed at containing the rapid spread of the coronavirus.

The president, citing the Centers for Disease Control and Prevent and the Department of Homeland Security, said Brazil was the latest country to face travel restrictions as the country continues to face a surge in cases of COVID-19, according to the order.

Brazil is among the hardest hit countries in the coronavirus pandemic, with more than 347,000 cases and at least 22,000 deaths, according to Johns Hopkins University data. The country is only second to the U.S. in terms of total positive cases.

"Today, the President has taken decisive action to protect our country by suspending the entry of aliens who have been in Brazil during the 14-day period before seeking admittance to the United States," White House Press Secretary Kayleigh McEnany said in a statement.

The new restrictions, however, "do not apply to the flow of commerce between the United States and Brazil," she added.

Earlier on Sunday, National Security Adviser Robert O'Brien signaled the Trump administration would announce new restrictions on Brazil, telling CBS' "Face the Nation" that he hoped the freeze would be "temporary."

"We hope that'll be temporary, but because of the situation in Brazil, we're going to take every step necessary to protect the American people," he said,a adding that travel restrictions for other countries in South America would be determined on a "country-by-country basis."

Brazil President Jair Bolsonaro has repeatedly dismissed the pandemic, likening the virus to "a little flue" and urging the country's governors to lift stay-at-home orders and reopen for business.

All foreign nationals from China, Iran while certain European countries are barred from entering the country. This ban includes anyone who visited these countries within the 14 days prior to their U.S. trip.