Tennis participation has skyrocketed during COVID-19 pandemic. Will it pay off for Americans down the road?

By the time the Australian Open hits the second week, it would be a big upset if there are any American men left to compete with the likes of Novak Djokovic and Rafael Nadal. Nearly two decades after Andy Roddick’s U.S. Open win, our country’s Grand Slam drought has become such a new normal that it barely even registers as a story anymore.

But it doesn’t always have to be that way. And if the American development system one day regains its status at the top of men’s tennis, there’s reason to believe the seeds may have been planted during COVID-19.

The past year has been brutal in so many ways for sports participation, particularly at the youth level. But according to an annual study commissioned by the Physical Activity Council (PAC) and shared with USA TODAY Sports, tennis has boomed during the pandemic with an estimated 21.64 million Americans picking up a racquet in 2020, up 22.4 percent after several years of stagnant participation.

“It’s some of the best growth numbers we’ve ever seen,” U.S. Tennis Association CEO and executive director Mike Dowse said in a phone interview. “We knew it was coming, but I don’t know if we expected the numbers to be as powerful as they were. It’s definitely a silver lining to what was a challenging year.”

In a sense, there’s no real surprise that tennis stood to benefit more than other sports from COVID-19 because it’s played outdoors and doesn’t require people to be within six feet of each other.

The PAC survey, which is a joint venture of among several national sport governing bodies, generally showed that team sports and gym-based activities lost participants in 2020 while more people gravitated toward individual activities and things like camping and hiking.

Tennis stands out because it had the highest rate of growth among the so-called traditional sports with 6.78 million new or returning players and just 2.82 million who stopped playing. Over the previous decade, tennis had gained and lost roughly 4-5 million players almost equally per year.

“Some sports have higher churn rates than others, and we monitor that,” said Keith Story, who leads the U.S. office of Sports Marketing Surveys, which compiles the data from a population representative sample of 18,000 people. “Tennis has stayed very flat. This year we had a lot more new and returning players and fewer dropping out.

“It’s an indication people were finding something to do that was safe, generally outdoors and get a bit of exercise and tennis sort of fits the bill on those.”

Ultimately, nobody knows for sure whether more tennis participation will correlate with American players winning Grand Slams far off in the future. But on some level, it is fundamentally a numbers game.

Whereas tennis attracts a lot of young girls who happen to be high-level athletes, it has been more difficult over the last couple decades for tennis to compete with other sports for boys who might have potential. Though that doesn’t completely explain why America hasn’t churned out another Pete Sampras or Andre Agassi, much less another Roddick, creating a bigger pool of players at the grassroots level is a huge step toward fixing the problem.

“We need more, better athletes coming into the sport between the ages of 6 and 10,” said Martin Blackman, the USTA’s general manager of player development.

There’s good news on that front, too. Though the PAC survey just includes top line numbers at the moment and doesn’t have participation broken down by age, another set of numbers from the Tennis Industry Association reported that youth racquet shipments increased 41 percent in the third quarter of 2020 compared to the same time period a year before.

And anecdotally, tennis facilities and public parks have been jam-packed with players and kids enrolling in youth programs who might have otherwise played other sports.

“We have waiting lists on many of our programs now for the first time, and even outside of that the courts themselves are in great demand,” said Patti O’Reilly, the director of tennis at Blackburn Tennis Center in suburban Atlanta. “Many of the parents are saying they want the kids to be outside, they need them to be out exercising and tennis is a healthy venue to do that.

“I think we’ve introduced a lot of children and adults to tennis who might not have participated in the sport. Now our job is to help them fall in love with it.”

It’s an opportunity the USTA can’t afford to squander.

When COVID first hit last year and many facilities were shutting down, the USTA cut $20 million from its budget — some of which was in motion before the pandemic — but committed to $50 million in spending to expand its grassroots programs and provide grants to keep coaches and facilities afloat during a time where they weren’t bringing in any revenue.

Now the USTA has moved onto the rebuilding phase to “attract, engage and retain a new generation of diverse tennis players,” Dowse said.

To do that, the USTA has changed its Internet platform to make it easier to match up new players with programs and coaches in their area, reconstructed and streamlined its junior tournament structure to make it easier to understand and launched a new set of standards for teachers in conjunction with the two certifying organizations for tennis pros. The idea is to engage and retain the new players whether they end up taking tennis seriously or just want to play for recreation.

“We’re pulling those three levers at the same time, which is really encouraging and we’ll see the fruit of that 3-to-5 years down the road,” Blackman said. “The opportunity when you look at 4 million new players coming into the game last year and the spike in the junior racquet sales, it tells a story of parents that are seeing a value proposition and want to get their kids on the court. So I think the door is wide open.”

In the meantime, it may be awhile before the next American man wins a Grand Slam. But somewhere out there in this big country, a kid picked up a tennis racquet for the first time last year that might have otherwise played baseball or soccer because of COVID-19 and will eventually turn into a pro. Maybe even a champion.

“If we have a million new kids playing, there’s a much better chance of that happening than if we only have a few hundred thousand players entering the game. That’s ultimately how we can be most successful,” Dowse said.

“It’s a long-term process but if you think of the number of kids that would have entered the sport this year it’s going to help us down the road.” 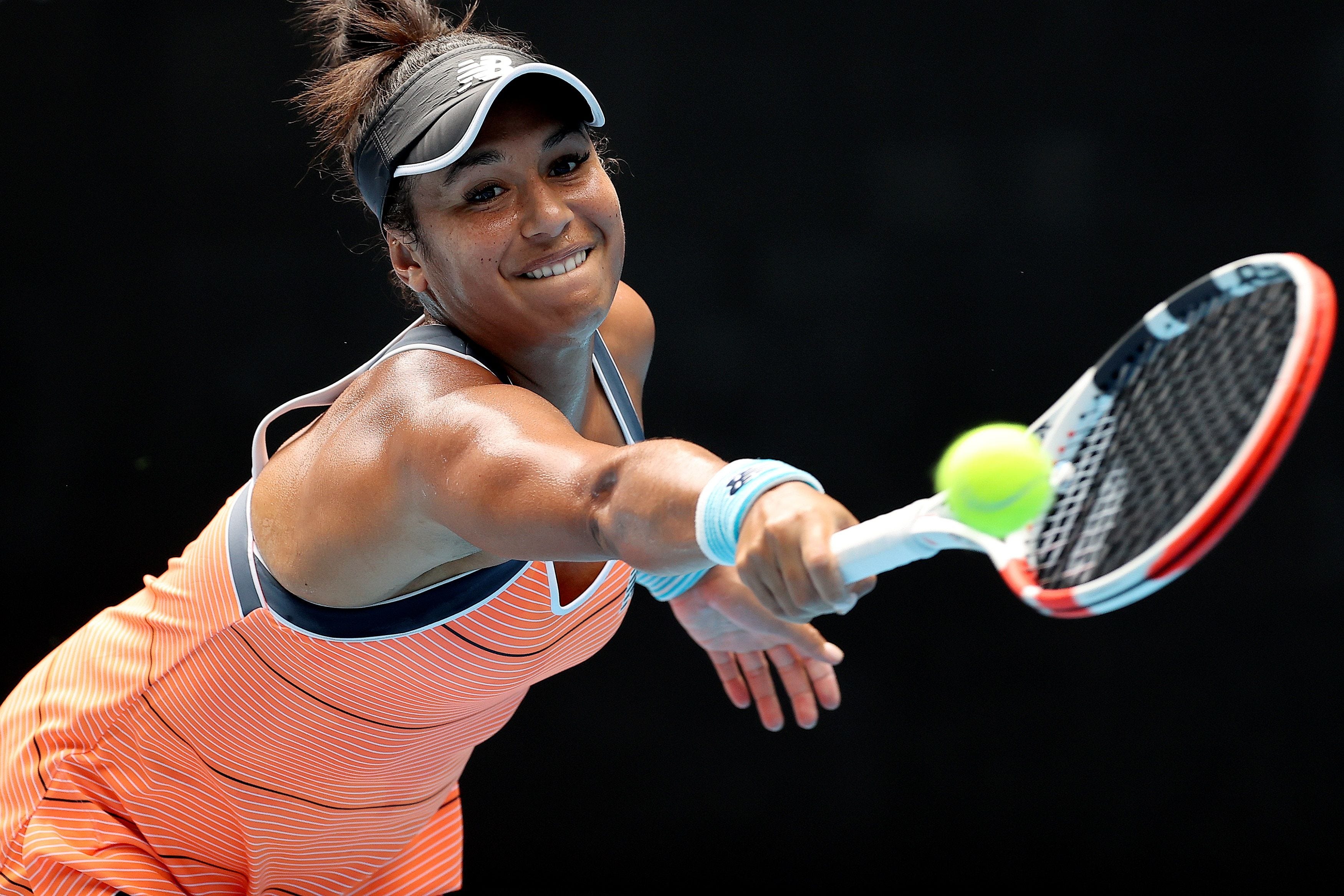