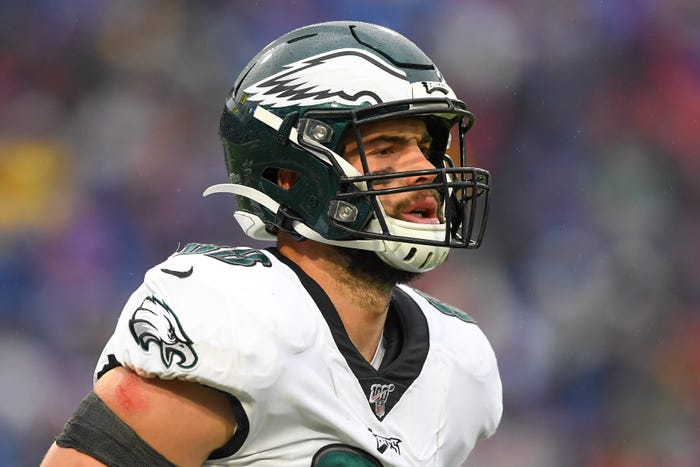 A 29-year-old man has been charged with simple assault after sucker-punching Philadelphia Eagles tight end Dallas Goedert at a bar over the weekend, police confirmed Monday.

The Aberdeen (S.D.) Police Department said in a news release that Kyle Hadala of Sarasota, Florida, was arrested and charged in relation to the assault that occurred at Zoo, a bar in the South Dakota town, early Saturday morning.

Brown County State Attorney Ernest Thompson told NJ.com that Hadala has since been released on bond and is due to appear in court July 10.

Police said in the news release that responding officers found that "an adult male had been punched in the face," and the man was transported to Avera St. Lukes Hospital, where he was treated and released. A subsequent investigation led to the charges against Hadala, police said.

While police did not name Goedert as the victim, details in the news release match those of the previously reported incident. Goedert, a South Dakota native, caught 58 passes for 607 yards with the Eagles last season, including five touchdown receptions.