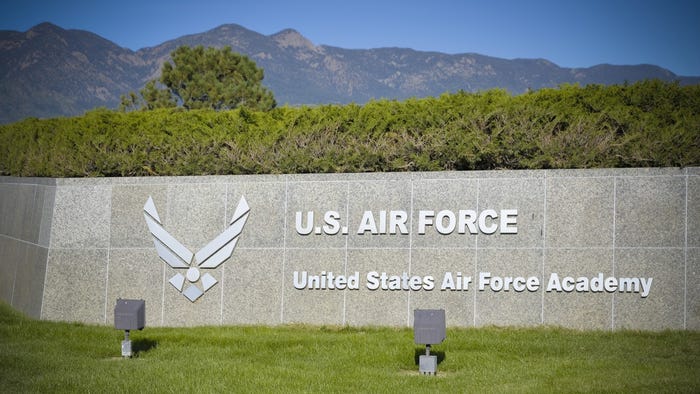 WASHINGTON – Two deaths of cadets by suspected suicide since Thursday at the Air Force Academy, where 1,000 seniors are the only students on any military campus in the country amid the COVID-19 pandemic, has rattled the service from senior leadership to its trainees.

The Air Force's top civilian and military brass rushed to the academy on Monday to reassure cadets and steer the service through the turbulence of a global crisis and tragedies close to home.

Unlike the Army and Navy, the Air Force has kept cadets on campus since the coronavirus began upending military and civilian life earlier this month. Upon graduation, cadets and midshipmen are commissioned as U.S. military officers. At the Air Force Academy, new grads could serve as a source of new pilots to fill a shortfall, or new officers for the Space Force.

Alumni of the academy and parents of cadets have told USA TODAY, and filled private online chats, with concern about the Air Force response to the coronavirus and the deaths of the two students.

The parent of one member of the 2020 class said the first suicide should have triggered a massive response by Air Force leadership to prevent a copycat act. It was not clear from communication from academy staff to the parents that enough attention was given to each cadet after the first death , said the parent, who asked not to be identified to protect their child from retribution.

Military coronavirus:Cases continue to climb as all sailors on USS Theodore Roosevelt to be tested

Underscoring the gravity of events, Air Force Secretary Barbara Barrett, chief of staff Gen. David Goldfein, and the commander of the newly minted Space Force, Gen. John Raymond, flew to Colorado Springs Monday to meet with seniors, known as First-Class cadets, as well as staff at the academy. There are about 1,000 cadets scheduled to graduate.

“I am heartbroken to confirm that since Thursday we have mourned the loss of two of our First-Class cadets here on our campus, and our entire Academy community is understandably shaken,” Air Force Lt. Gen. Jay Silveria wrote in an email sent Monday to cadets, their families, staff and alumni.

Read the email:Silveria's note after two cadets die by suicide on campus

Army and Navy officials decided earlier in March to close down their academies as the coronavirus spread across the country, continuing online education and not allowing their cadets and midshipmen to return to school. It's unclear when those graduation ceremonies, scheduled for May, will take place and in what form.

"Keeping the Corps at home will better ensure the safety of the Corps, staff, faculty and the West Point community," Army Lt. Gen. Darryl Williams, the West Point superintendent wrote in March 19 letter.

The Air Force chose a different path, Silveria noted in his email, because his cadets were not yet on spring break when the pandemic exploded. Three lower classes were sent home, while the seniors remained in single rooms to facilitate social distancing.

"Our cadets were still weeks out from Spring Break, so we had the opportunity to make the call on whether they should stay at (the academy) in a more contained and safe environment with our leadership and healthcare professionals, or return home to varying situations that could preclude them from graduating in May," Silveria wrote.

Silveria acknowledged the concerns of parents and said he balanced those with the needs of the Air and Space Forces.

"As a parent myself, I understand the feelings of concern our (academy) parents have for the cadets who have remained on our campus," Silveria wrote. "Likewise, as a graduate I understand and share the concern felt by our close-knit and protective community of graduates. We made the decision to keep First-Class cadets here because our Air and Space Forces have deemed us essential to their missions," adding that the students have access to coronavirus testing and top-flight medical care.

At least one cadet has tested positive for the virus.

Keeping fourth-year cadets at the academy comes against the back drop of a shortage of pilots and the effort to begin staffing the Space Force, which was created in December when President Donald Trump signed legislation giving it birth.

The Air Force, according to written testimony March 3 to the House Armed Services Committee, was short 2,100 pilots from the 21,000 it requires to execute the Trump Administration's National Defense Strategy.

The 2020 Air Force Academy is set to commission 64 officers directly to the Space Force, making them among the new branch's first personnel.

"The goal of this action is to maximize the chances of graduating the senior class on time for the Air and Space Forces while ensuring the best possible care for the entire base populace,” Silveria wrote in his letter.

Brig. Gen. Ed Thomas, the Air Force's top spokesman, said there was little or no consideration given to the pilot shortage or staffing the Space Force in deciding to keep cadets at the academy.

"But our intent is to use the best data we have to strike a wise balance between military readiness and protection of all our people – service members, families, our communities, while we support the national effort," Thomas said. "These are all exceptionally difficult decisions that we are making with the greatest care."

If you are thinking about suicide, please call the National Suicide Prevention Lifeline at 800-273-TALK (8255).