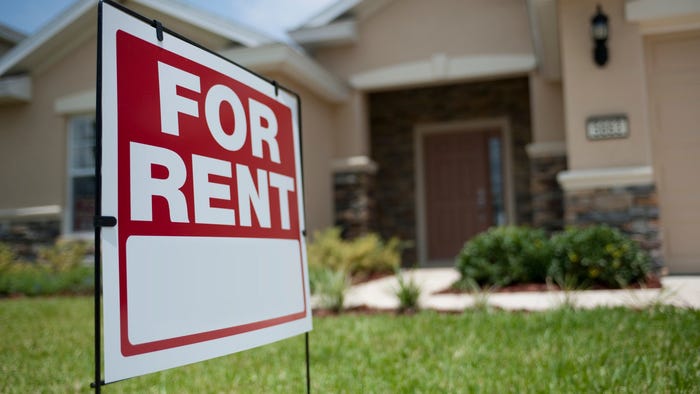 As states begin to lift moratoriums on evictions that have been in place since the start of the coronavirus pandemic, one city in New York is moving in the opposite direction. Not only has the state's eviction moratorium been extended until Aug. 20, but the city of Ithaca is looking to cancel unpaid rent.

Ithaca is believed to be the first U.S. city to approve a resolution to seek this sort of rent relief – a historic move in a city where 70% of the population are believed to be renters.

The council is asking New York state government if its Mayor Svante Myrick can obtain the power to cancel rent because of the COVID-19-induced economic malaise that has resulted in job losses and loss of income.

Save better, spend better: Money tips and advice delivered right to your inbox. Sign up here

If the state health department approves the June 3 resolution, it would bestow Myrick with an unprecedented amount of power for a mayor that would allow him to cancel all residential and small business rent payments and additional fees that were due between April and June.

The resolution also urges the state to authorize the mayor to obligate landlords to offer lease extensions at the current rate during the duration of the declaration of emergency.

According to the state Department of Labor, Ithaca lost 9,200 private sector jobs in April, a 16.2% decrease from the previous year. The unemployment rate in Ithaca currently approaching 11%.

Looking to buy a car?:Hertz is selling thousands of used cars in its fleet in bankruptcy at bargain prices

The city is asking for approval through an executive order from Gov. Andrew Cuomo, which has allowed for the suspension and modification of laws relating to the COVID-19 emergency. It collaborated on the resolution with the newly formed Ithaca Tenants Union.

"You can still be served papers and driven to court," said Ithaca Tenants Union organizer Genevieve Rand. "You have to have a defense that can prove you have had economic hardship because of COVID-19."

Ithaca does not yet have a plan as to how it would execute rent cancellation if the state approves its request.

"We would have a chance to structure something more fully once we know we could move forward with rent cancellation," Myrick said. “Even if granted these powers, would I cancel rent tomorrow? I wouldn’t.”

If the state approves rent cancellation powers for Myrick, the earliest the council would be able to meet to create the plan would be July.

“What I would do is put together a working group that would allow us to find real rent relief that likely would include rent cancellation, but it would only come in partnership with relief for small landlords and homeowners," Myrick said.

If Myrick is granted the power from the state to cancel rent, the new city code would cover students who reside in dormitories and Ithaca tenants who are not students. However, if tenants are able to pay their rent, they need to continue to do so, the resolution states.

Officials aren't sure if their request for rent cancellation powers has any chance of passing.

"I think this is a signal of the desperation our city residents are feeling and we can't not take this opportunity especially knowing we would then get to craft what it would be like for our city and put whatever restrictions we need on that," said Deb Mohlenhoff, Fifth Ward alderperson. "It is a way to strongly indicate we need support from the state."

The Ithaca Common Council also is urging the state Senate to pass a bill that would provide financial assistance for small landlords and homeowners by increasing penalties on banks that refuse mortgage deferral, and mandating that the state use federally allocated funds to provide vouchers to landlords for lost revenue.

The council will send a letter to members of Congress to push for the inclusion of a national rent and mortgage forgiveness fund in the next COVID-19 relief package.

But concerns still remain as to how landlords would be affected by the city's rent cancellation plans. George McGonigal, First Ward alderperson, voted against the resolution.

"I guess I don't understand why we would want to take the pain and economic hardship of one group of our citizens and put it on another group of our citizens," McGonigal said during the meeting. "I think of all these little issues that make no sense here. Who do you define as a small landlord and who is a big landlord?"

A second $3 trillion coronavirus relief bill passed in May by the U.S. House would provide about $175 billion to pay rents and mortgages, but has almost no chance of passing in the Republican-controlled U.S. Senate.

In Ithaca, the Neighborhood Housing Services will launch the COVID-19 Rental Assistance Program Monday and Tompkins County officials expect more than $589,000 to be available for rent assistance for low to moderate income renters.

Boston is providing $8 million for rental assistance. Baltimore has designated $13 million in federal coronavirus relief funding to start a rental assistance program, and Philadelphia provided $10 million to help about 13,000 people with their rent.

“We have to do something,” said Philadelphia Council member Helen Gym, whose bill would prevent evictions until two months after the state’s emergency order is lifted. “We can’t go back to business as usual in a city that evicts 18,000 people a year. That is just not sustainable.”