WASHINGTON – House Speaker Nancy Pelosi is pushing for the creation of a special panel to investigate the Jan. 6 insurrection at the Capitol a day after several lawmakers called for a bipartisan commission and report similar to the one drafted in response to the Sept. 11, 2001 terrorist attacks.

In her letter, Pelosi said the evidence presented as part of the just-completed impeachment trial of former President Donald Trump justifies moving ahead with a fuller investigation by an independent panel. Pelosi was personally targeted in the assault with her office being ransacked and some protestors seeking her out by name.

During the trial which ended Saturday with Trump’s acquittal, House Democratic lawmakers who prosecuted the case tried to show that the then-president incited his supporters to storm the Capitol as Congress was affirming Joe Biden’s Electoral College victory in the Nov. 3 election – even as he knew his vice president, Mike Pence, was in the Capitol and in danger.

Pelosi in her letter said such a commission would look into matters related to the “interference with the peaceful transfer of power, including facts and causes relating to the preparedness and response of the United States Capitol Police and other Federal, State, and local law enforcement in the National Capitol Region.”

An email requesting more details about the speaker’s proposal was not immediately answered by her office.

Pelosi previously has indicated her support for such an investigation. And she has tapped Ret. Lieutenant General Russel Honoré to assess the Capitol’s security capabilities and gaps in the aftermath of the siege that left five dead, including a U.S. Capitol Police officer.

Monday’s letter was the strongest indication she was planning to move ahead with a special commission. It follows not only an impeachment trial that brought new evidence to light but also an interim assessment from Honoré he presented to Pelosi on Jan. 28.

“It is clear from his findings and from the impeachment trial that we must get to the truth of how this happened,” she said in her letter Monday.

The 9/11 Commission, formally known as The National Commission on Terrorist Attacks Upon the United States, was a bipartisan-panel headed by former Republican New Jersey Gov. Tom Kean and former congressmen Lee Hamilton, R-Ind. It involved interviews with scores of witnesses, several public hearings and subpoenas during its nearly two years in existence.

Several lawmakers on both sides of the aisle said Sunday they supported the creation of such a panel.

During an interview on ABC News’ “This Week,” Sen. Chris Coons, D-Del., said Sunday that while the House impeachment managers had laid out “an incredibly compelling and powerful case” against Trump, “there’s still more evidence that the American people need and deserve to hear and a 9/11 Commission is a way to make sure that we secure the Capitol going forward.”

Coons said it was important to “lay bare the record of just how responsible and how abjectly violating of his constitutional oath President Trump really was.”

“I think there should be a complete investigation about what happened on 1/6,” Sen. Bill Cassidy, R-La., said on “This Week.”

Cassidy – one of seven Senate Republicans to vote for Trump’s conviction – said it was important to learn “why was there not more law enforcement,” why the National Guard was not already mobilized, as well as “what was known, who knew it, and when they knew it.”

“Because that builds the basis so this never happens again in the future,” Cassidy said.

“We need a 9/11 commission to find out what happened and make sure it never happens again,” agreed Sen. Lindsey Graham, R-S.C. He told “Fox News Sunday” host Chris Wallace he wanted “to make sure that the Capitol footprint can be better defended next time.”

The senators’ calls for a bipartisan probe into the Capitol riot come after the heads of the 9/11 Commission – Kean and Hamilton – sent a letter to Biden and congressional leaders recommending a new independent commission to investigate the events of Jan. 6. 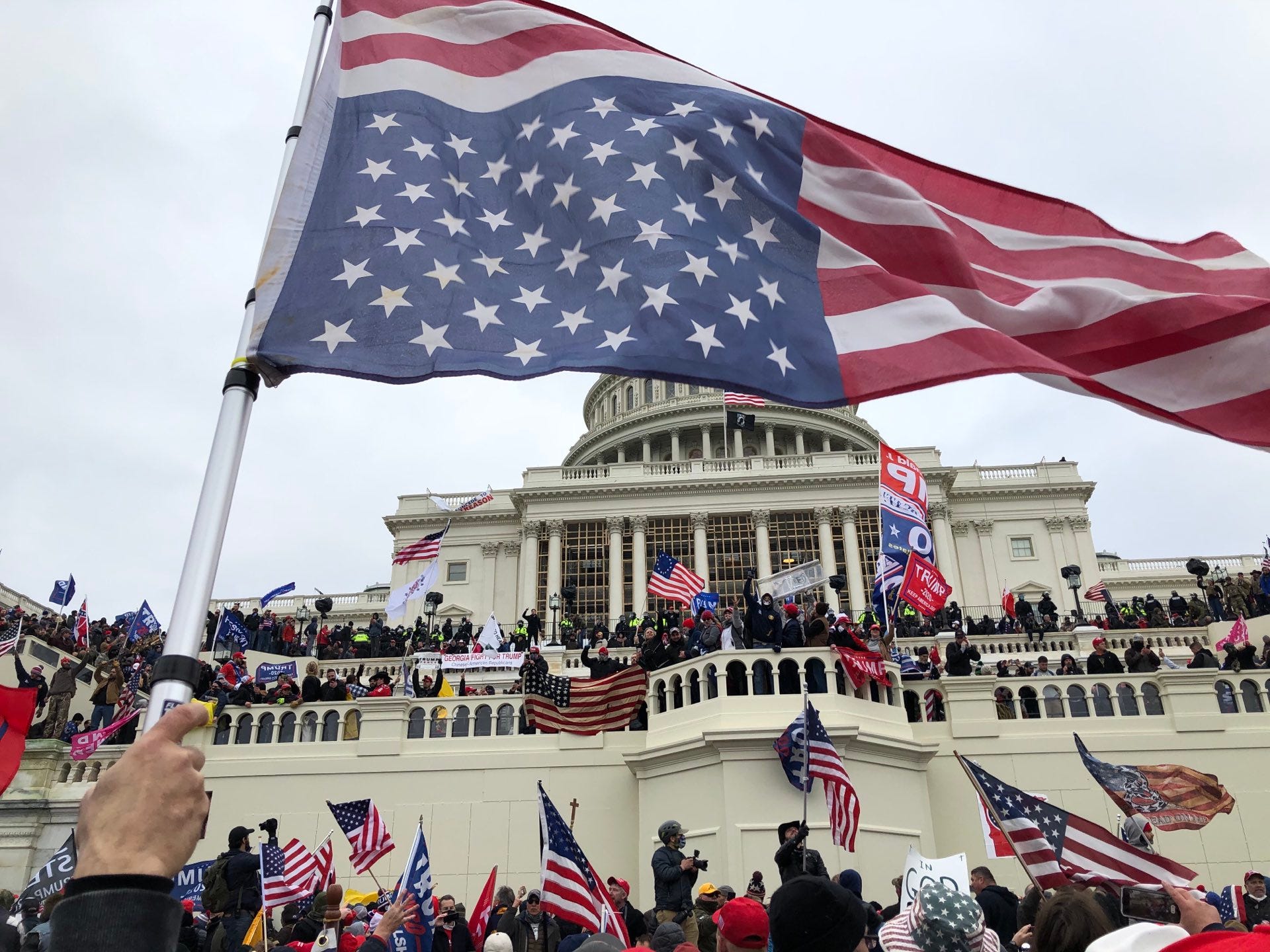