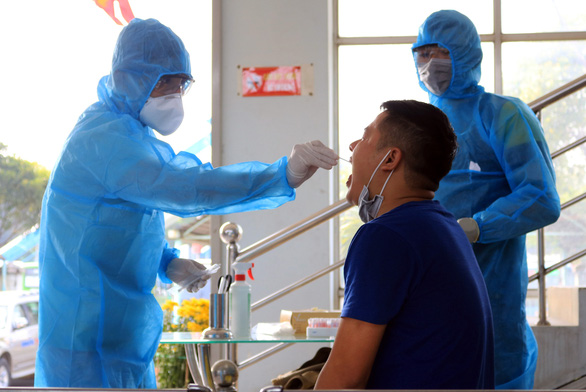 HCM City has none location locked down as a precaution against COVID-19 after 12 days without local transmission. — Photo tuoitre.vn

HCM CITY— The HCM City Centre for Disease Control and Prevention (HCDC) said with no new COVID-19 cases diagnosed since February 11 all lockdown locations in the city have been taken down.

The last lockdown location is block F at the Carillon apartment building at 1 Trần Văn Danh Street in Tân Bình District was took down on Wednesday.

Between February 8 and 15 authorities had isolated multiple locations in Thủ Đức City and a few districts.

Eighteen areas were locked down on February 8 alone after 29 people were diagnosed with COVID-19, all related to the infection cluster at Tân Sơn Nhất Airport.

On Monday the HCDC announced that for 11 days since February 11 there had been no local transmission.

But it continues to obtain medical declarations from and conduct test on people coming from provinces with social distancing.

It also encourages people to stay alert not be neglectful, and make honest medical declarations.

Health authorities in Bình Thạnh District have begun randomly testing customers and employees at restaurants and drinking places in Ward A.

On Monday night 32 people were asked to give samples and make medical declarations.

Nguyễn Việt Tường, a customer at a restaurant on Phan Văn Trị Street, told Tuổi Trẻ (Youth) newspaper that being tested like this makes him feel secure since COVID-19 remains a threat.

They plan to carry on random testing in 20 wards in Bình Thạnh until the end of March.

HCM City has had 36 cases since January 28, when the Ministry of Health confirmed the start of a new wave of infections after almost two months without local transmission. VNS