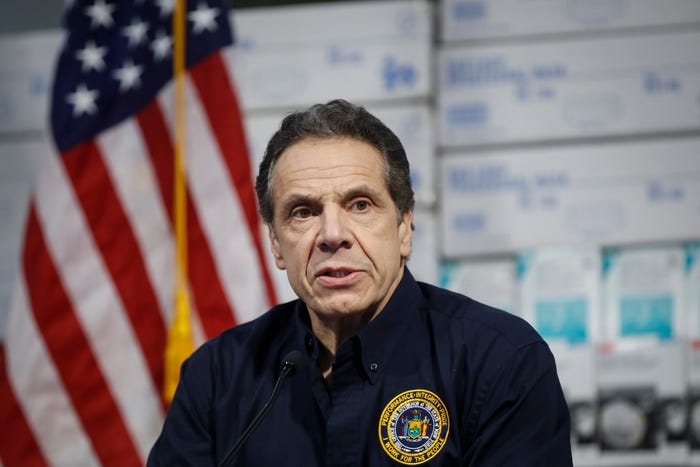 ALBANY, N.Y. – New York may have 13.9% of its population infected with coronavirus, meaning 2.7 million residents could have had the virus, preliminary state results Thursday showed.

New York heath officials conducted an antibody test of a sample of 3,000 people in recent days. The immediate results, released Thursday, suggested a death rate of about 0.5% of those infected because about 15,500 New Yorkers have died of confirmed COVID-19 cases.

Gov. Andrew Cuomo said the results are an important indicator of the depth of the virus. He said the death rate is probably higher than the results showed.

There are many deaths that have happened at home and not immediately tallied because they didn't occur at a hospital or a nursing home, Cuomo said. New York has about 19.5 million people.

"It’s still preliminary, and when we say there are 15,000 deaths, those numbers are going to go up," Cuomo said. "These are only hospitalization or nursing home deaths. It does not include so-called at home deaths."

Antibody tests:They could be key to reopening the country. Here's how they work.

Starting last Sunday, the state did a random selection of 3,000 people at various locations across the state, including at grocery stores and big-box stores, to help understand who has built up an immunity to the virus and where it more prevalent.

The antibody tests were collected over two days in 19 counties and 40 localities, Cuomo said.

"These were people out and about," Cuomo said. "They were infected, they had the antibody and are now recovered."

The results were telling and will help guide New York's decisions on health-care treatments and where it might start to reopen businesses in the coming months:

The results reflected what has been the trends: More than 90% of the state's deaths, confirmed cases and hospitalizations have been in New York City, Long Island the lower Hudson Valley.

The results were also consistent with other data that showed coronavirus has disproportionately impacted communities of color: