The family of a 20-year-old Minnesota man says he was shot and killed by police Sunday before reentering his car and crashing the vehicle several blocks away, further inflaming tensions over police violence across the nation.

Relatives of Daunte Wright told a crowd gathered in Brooklyn Center, Minnesota, located on the northwest border of Minneapolis, that Wright drove for a short distance after he was shot and died at the scene following a traffic stop, according to The Star Tribune.

“He called me at about 1:40, said he was getting pulled over by the police,” a woman, who identifies herself as Wright’s mother, said according to a Facebook Live video. “He said they pulled him over because he had air fresheners hanging from his rearview mirror.”

By Sunday evening, about 100 people had gathered near the scene where Wright died on the northwest border of Minneapolis, reported the Star-Tribune.

But as police presence eased later in the evening, the crowd calmly gathered to light candles and write messages like “Justice for Daunte Wright” in chalk near the scene.

The shooting happened with Minneapolis already on edge and midway through the trial of the first of four police officers in George Floyd’s death. Floyd’s death sparked nearly a month of protests for police reform where he died in Minneapolis and across the country. 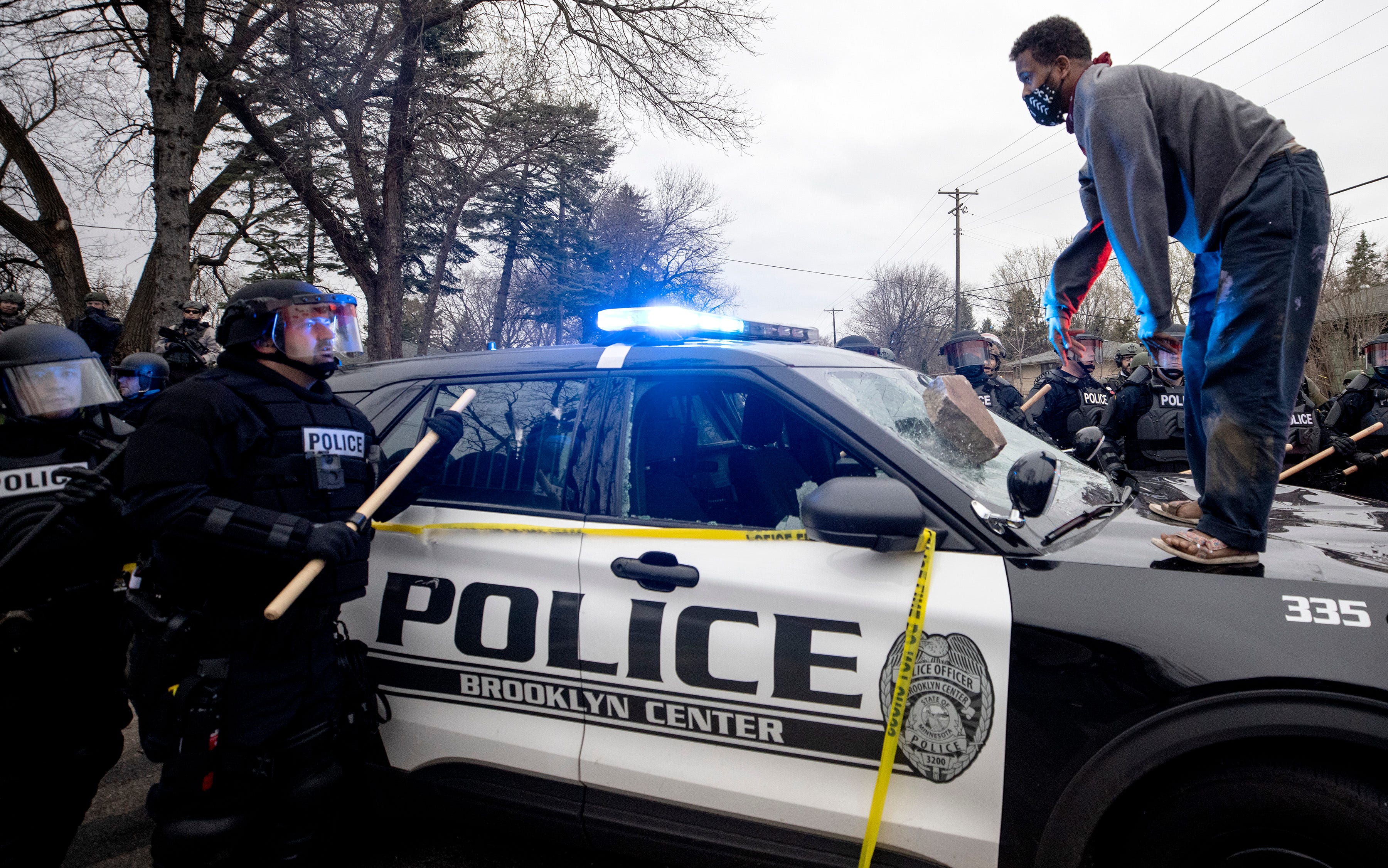