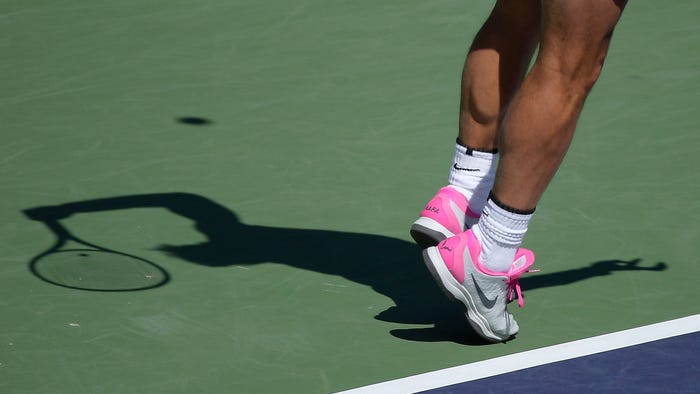 The ATP suspended all men's professional tennis tournaments for six weeks because of the COVID-19 pandemic, while the WTA said Thursday it was calling off three events for now and would decide on any further changes to the women's tour schedule within a week.

After the men's tour announced it would halt ATP Tour and ATP Challenger Tour competition until late April, WTA spokeswoman Amy Binder told The Associated Press the women's tour was not immediately prepared to do the same.

“At this point in time,” Binder wrote in an email, “we are not looking to put in a 6 week suspension.”

Later, WTA chairman and CEO Steve Simon said the tournament in Charleston, South Carolina, won't be held as scheduled because of concerns about coronavirus. The clay-court Volvo Car Open was supposed to be April 6-12.

Eventually, the WTA said tournaments were also being dropped in Guadalajara, Mexico, starting Monday, and and Bogota, Colombia, starting April 6.

Simon added that the WTA will work with player and tournament leadership to make a decision in the next week about the European clay-court season.

As of now, the next men's or women's tennis tournament still on the schedule is a WTA event on clay at Stuttgart, Germany, beginning April 20.

In a further indication of the fractured nature of tennis decision-making, the International Tennis Federation said its lower-tier events would be on hold until April 22; the men's tour said its tournaments would not resume before the end of that week.

The next Grand Slam tournament, the French Open, is still scheduled to be held in Paris beginning May 24.

For most people, the new coronavirus causes only mild or moderate symptoms, such as fever and cough. For some, especially older adults and people with existing health problems, it can cause more severe illness, including pneumonia.

The vast majority of people recover from the new virus. According to the World Health Organization, people with mild illness recover in about two weeks, while those with more severe illness may take three to six weeks to recover.

The combined men's and women's tournament at Indian Wells, California, that was scheduled to begin main-draw play this week already had been called off Sunday because of fears about the virus outbreak.

Thursday's ATP announcement affects the combined men's and women's Miami Open, where play was supposed to begin in less than two weeks, along with the U.S. Men's Clay Court Championships in Houston, the Grand Prix Hassan II in Marrakech, the Monte Carlo Masters, the Barcelona Open and the Hungarian Open.

The Miami Open was supposed to be played March 23 to April 5 at the NFL's Dolphins stadium complex in Miami Gardens.

With Miami-Dade County under a state of emergency, Mayor Carlos Gimenez announced the cancellation of the Miami Open, along with a county youth fair and all major events at the Miami Heat's arena.

Unlike with Indian Wells, where there was an insistence that rescheduling later this year might be possible, Miami Open tournament director James Blake made clear that his event would not be played until 2021.

The Miami Open draws fans from all over the world, which compounded health concerns. Last year’s attendance totaled nearly 389,000, the most in tournament history. Tournament officials estimated the economic impact for South Florida at $390 million.

Most of the world’s top tennis players were supposed to participate in Miami; 20-time Grand Slam champion Roger Federer was not going to be there because he is recovering from arthroscopic surgery on his right knee.