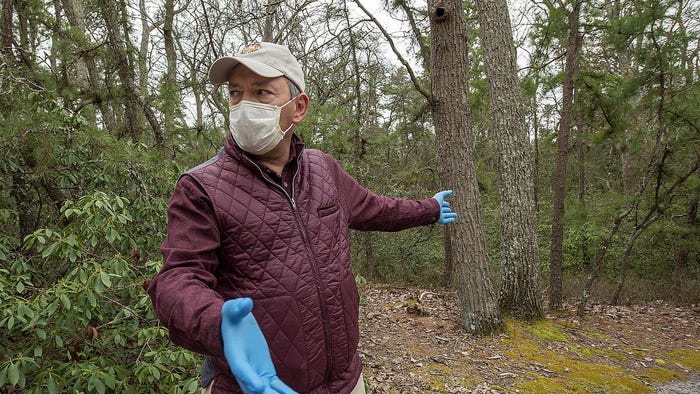 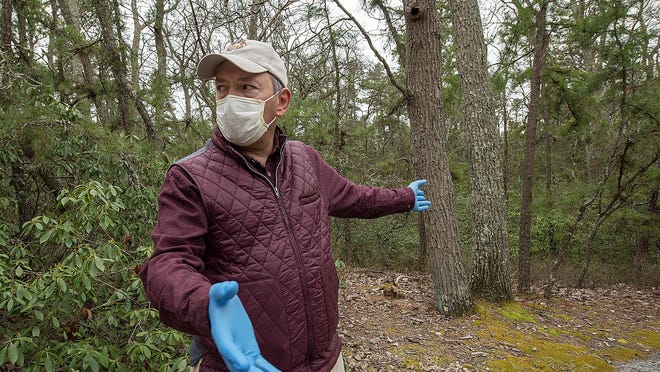 MEDFORD — New Jersey’s largest wildlife hospital, and one of South Jersey’s oldest Pinelands conservation groups, is clinging to life as the coronavirus pandemic has led to a critical loss of funding for the nonprofit.

The Woodford Cedar Run Wildlife Refuge has lost nearly $100,000 in revenue since March as the virus outbreak has caused the cancellation of school programs, the closure of its store and the loss of store sales, according to Executive Director Dennis Miranda.

It’s on the brink of closing unless it can receive an infusion of cash from the township, officials said. Last week, Cedar Run requested a one-time grant of $100,000 from the township’s Open Space, Recreation, Farmland and Historic Preservation Trust Fund.

It’s received $80,000 from donors in an online fundraiser since March 17 — plus and additional $20,000 boost Monday from the Rennok Corporation Foundation — however, that money only allows the nonprofit to survive with a bare-bones staff.

“We’re winding down the operation to meet the revenue stream as we have it,” Miranda said Monday. “It’s getting very frugal and very meager.”

It costs about $50,000 a month to run the center fully staffed, and with all of its funding programs canceled for the foreseeable future, it could be out of business after about two months.

“I’m concerned,” said Jeanne Woodford, who co-founded the nonprofit with her mother back in the 1980s.

She called the nature center’s current financial situation more “traumatic” than other binds the nonprofit has found itself in in the past.

“We have grown so much that this, of course, is really traumatic,” Woodford said.

When the nature center was in its early years, it would take in around 300 animals each year. Now it takes in 5,000-plus, and the animals keep coming.

A baby gray horned owl was the very first animal ever rescued at what is now Cedar Run. And it could also be one of the last.

“I’m concerned. Dennis (Miranda) keeps trying to tell me don’t be worried, we’re going to work this out,” Woodford said. She then made sure to knock on wood.

The refuge cares for native New Jersey wildlife on 171 acres off Sawmill Road. It includes the Woodford Nature Center, an outdoor wildlife housing area with nearly 60 native animals too injured or maimed to return to nature, and a wildlife rehabilitation hospital.

It cares for more than 5,000 injured, orphaned or displaced native wildlife each year and provides educational programs for over 20,000 students annually.

Officials said they submitted an application to the federal government’s Paycheck Protection Program, however, it was too late — the program, designed to help small businesses during the pandemic, ran out of money last week.

So Miranda called on Medford to lend a hand.

“We’re asking for the same amount of money we would have gotten if we had gotten the Payroll Protection Plan,” Miranda said of the $100,000 request. “That buys us two months of fully employing our entire staff, that’s a small amount of money for a commitment to an organization that’s been here 70 years.”

However, in a statement issued Tuesday by Medford Township Mayor Chuck Watson, the township said it is unable to help.

According to the township solicitor, who Watson said reviewed Cedar Run’s request last week, open space funds collected by the Township can only be used to acquire or maintain property that the township will own or has a right to acquire.

In 1997, the state paid $900,000 through its Green Acres program to preserve Cedar Run’s land and buildings.

Miranda remains hopeful and is confident the organization will make it out of this hole, despite the township’s denial of his request.

Under state law, municipalities are allowed to establish Municipal Open Space, Recreation, Farmland and Historic Preservation Trust Funds that raises money through a local tax for the acquisition, development and maintenance of open space, farmland and historic lands and structures for recreation and conservation purposes, as well as for the payment of debt service on indebtedness issued or incurred by the municipality for any of those purposes.

In 1998, Medford voters approved a fund, and according to the township’s unaudited 2019 annual financial statement submitted on Feb. 28, the township has $3.4 million reserve in the fund. It raises an average of $730,000 annually through taxation.

“The maintenance, management, security, and administration of (Cedar Run’s) lands are consistent with state and local laws, which we satisfy routinely,” Miranda said. “The basis for how we can qualify for funding is no different than how the township funds civil servants in parks, active or passive recreation or the maintenance of public space. The term maintenance is expansive and includes the operations of Cedar Run consistently.”

The township views it differently. The fund, according to Watson, can only be used for the township’s acquisition of open space land, and only for the maintenance of township land.

According to Watson, there is also bigger picture that must be considered. The township is expected to spend $1.1 million from the open space tax fund in 2020 on mainly of debt service related to prior acquisitions. The $3.4 million reserve is used to bridge the gap of $400,000 between the open space tax collected and the obligations to be paid from the fund every year.

The mayor said that because the legal opinion from the township’s solicitor is that the township can’t give Cedar Run, or any nonprofit, money out of its open space trust fund, until someone proves the township is wrong, its hands are tied. Watson added he was working with the council to come up with other ways it could help the nature center.

“We still believe that municipality can support us in our time of need since we both are protecting the public trust and providing amenities to the residents of Medford Township,” Miranda said, adding the proposal “does not seem like an unreasonable political request.”

In addition to the online fundraiser, the nonprofit is encouraging its supporters to send a letter to the township council.

“What has been amazing is that the generosity, the enthusiasm and the support from the community has made all the difference,” Miranda said. “I am confident that there is broad, enthusiastic public support among the taxpayers of Medford to support the township providing us with this one-off grant of $100,000 because they live here, they work here, and they recreate here.”

“(Cedar Run’s) closure cannot be imminent, and it cannot be conceivable. There ought to be a public-private partnership that helps us further and soldier on for the cause of conservation,” Miranda said. “It will not end today, and it cannot end tomorrow.”