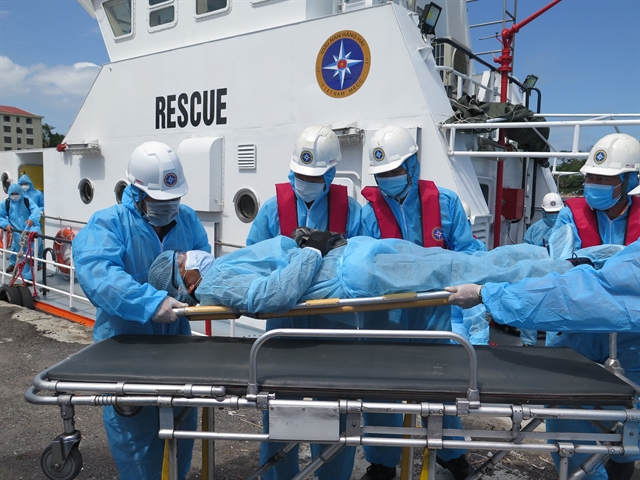 HÀ NỘI — Việt Nam has proposed the International Maritime Organisation (IMO) consider the issuance of regulations on prioritising COVID-19 vaccinations for sailors regardless of their nationalities, thus minimising the risk of the virus spreading among the group.

In the letter, Sang expressed his support for the message of the IMO Secretary-General to sailors, which stated sailors and maritime staff are key forces in providing necessary services.

Sang wrote that amid the complex developments of the pandemic, it is crucial for governments of IMO member countries to issue policies to include maritime workers in their prioritised lists for COVID-19 vaccinations, in addition to vaccinating sailors and maritime workers of vessels docking at ports under their management.

Agreeing with Sang’s proposal, the IMO Secretary-General suggested the official put the proposal into discussion during the 103rd meeting of the IMO’s Maritime Safety Committee which is slated for May 5.

A joint statement was being drafted by UN agencies, which would be issued soon, he added.

Lim said the IMO would create optimal conditions for discussions with its member countries and representatives of the maritime sector’s representatives as well as UN agencies and relevant parties to build a vaccination co-ordination strategy.

According to the Vietnam Maritime Search and Rescue Coordination Centre, search and rescue activities have been maintained round-the-clock since the beginning of the COVID-19 outbreak, despite the high risks, especially in cases involving foreign sailors.

Leaders of the centre have proposed that the Government and authorised agencies put maritime rescuers into the prioritised list in the COVID-19 vaccination scheme to help maintain the operations of the force in Việt Nam’s sea territories. — VNS