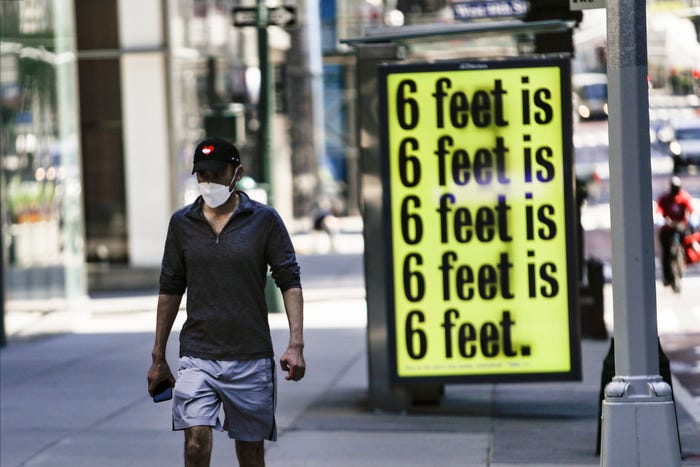 WASHINGTON – More than two out of five Americans say they are still worried about the coronavirus, even as states continue to relax pandemic restrictions and some are reporting a rise in the number of daily cases.

A combined 86% of Americans say they are very or somewhat concerned with the pandemic, according to a new survey from the Democracy Fund + UCLA Nationscape Project. That is 3 percentage points down from the recorded high during a survey conducted from March 26 to April 1.

The findings come as some states are seeing an increasing number of coronavirus cases and hospitalizations. Arizona has seen the number of of daily cases rise over the past two weeks, with hospitalizations for suspected or confirmed COVID-19 cases hitting the highest number on Wednesday.

Where do Americans stand on election issues? Let them tell you how they feel about this policy

Robert Griffin, research director for the Democracy Fund Voter Study Group, said there was a "steady, slow week over week decline" in concern, but that has since stalled out over the past several weeks.

"The level of concern that people are recording around COVID appears pretty stable over the last couple of week," Griffin said.

The Democracy Fund + UCLA Nationscape Project is a massive study of the American electorate designed to conduct 500,000 interviews about policies and the presidential candidates during the 2020 election cycle.

When broken down by political party, Republicans saw a drop in concern by 12 percentage points since early April, according to the Nationscape Insights analysis, a project of Democracy Fund, UCLA and USA TODAY. However, more than three out of four Republicans — 79% — say they are very or somewhat concerned with the virus in the most recent survey.

Memory loss, gnarled fingers, panic attacks:COVID-19 didn't kill these Americans, but many might never be the same

In addition, there has been a slow rise in Americans who believe "it is safe right now" to reopen certain activities, like theaters and large-scale events including live sports.

When asked about holding in-person voting, 18% said it's safe to do so now, up 6 percentage points from April.