WASHINGTON – More low-income Americans will be eligible to receive $1,200 checks from the federal government because of a late-hour revision to legislation designed to jolt the economy amid the fallout from the coronavirus pandemic.

Americans with little or no tax liability will now be able to receive $1,200 ($2,400 for joint tax returns) under the historic, $2 trillion economic recovery package.

The original legislation had directed that one-time payments of up to $1,200 be made to most Americans who file individual tax returns but included a $2,500 minimum income threshold to earn any rebate. That meant that individuals with little income tax liability would have gotten a minimum of $600 ($1,200 for joint filers).

But a subsequent version of the bill – approved by the Senate on Wednesday and the House on Friday – dropped the minimum income threshold so that all low-income individuals will now be eligible for the full $1,200 ($2,400 for joint returns).

A caveat: To qualify, they must have filed tax returns in either 2018 or 2019 or receive Social Security or veterans’ benefits so the Internal Revenue Service can calculate their rebate, said Garrett Watson of the Tax Foundation, a Washington-based think tank.

“People are desperate for relief right now,” said David Certner, legislative policy director for the AARP, which is one of the groups that sought the revision. “This is a crisis that is really hitting people across the board.” 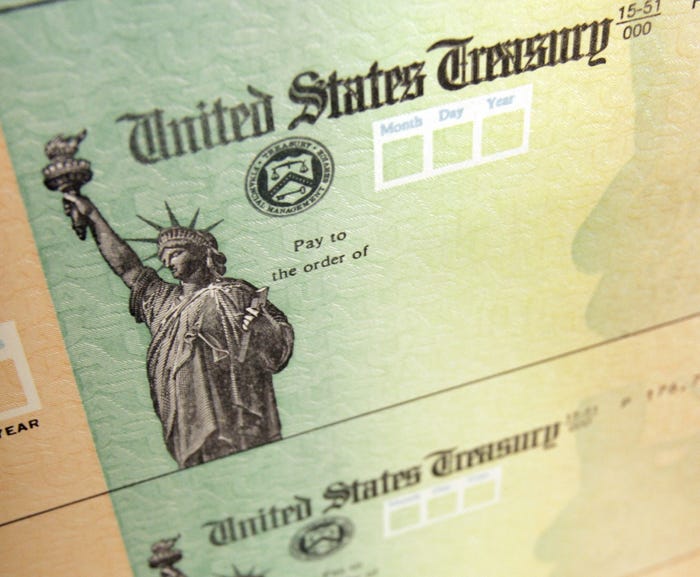 The minimum income threshold was included in the original bill because it was modeled after 2008 legislation that provided rebate checks to Americans, said Michael Zona, spokesman for the Senate Finance Committee.

“We used that as a basis for negotiations because it was something that already existed and the IRS had the capacity to replicate it,” he said.

The language was changed last weekend after lawmakers in both parties and some groups argued that low earners should not be penalized.

“This was a matter of bipartisan agreement,” Zona said. “There wasn’t much dispute on changing it.”

The IRS is expected to start distributing the rebate checks within the next three weeks. The payments will be sent via direct deposit to Americans who already have provided the IRS with their bank account information. For those who haven’t, the checks will be mailed.

How much you get will depend on how much you’ve earned in the past two years.