CORONA DEL MAR, Calif. — Hundreds of people have descended on a cemetery here to pay respects to Kobe Bryant, but the owner says they are going to the wrong gravesite.

Flowers left for Bryant and his daughter Gianna are being cleared out on a daily basis at the Pacific View Memorial Park because the private plot belongs to another family, a media relations specialist for the cemetery told USA TODAY Sports on Wednesday.

“We can confirm that is not Kobe and Gianna’s resting place,’’ said Ashley Bunton of Service Corporation International, which owns the Southern California cemetery. “We cannot divulge any additional details as to where they are. But we can tell you that is not the correct location.’’ 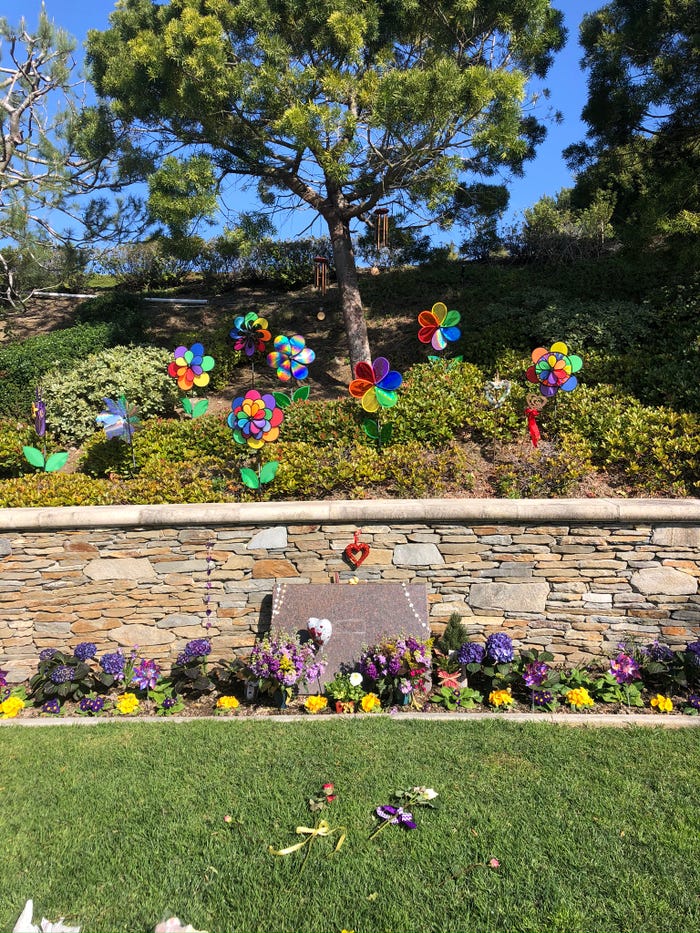 Bunton said the cemetery has increased security as a result of the confusion.

“Just a lot of people coming wandering the cemetery and looking to see if they can locate the burial site,’’ she said. “They’re just having to monitor things that are going on there.”

Not everybody is believing the cemetery's claim.

On Tuesday, a couple that came to the cemetery to visit Kobe Bryant's gravesite said they thought it was his – even after a security guard insisted it wasn't. The couple, which declined to give their names, pointed to a small bush with Christmas ornaments outside the private plot and said they thought it was a ploy to fool people into thinking the person was buried months ago.

Bunton said the “frenzy’’ at Park View Memorial Park began when the Daily Mail on Friday published photos of the gravesite it identified as the resting spot of Kobe Bryant, who was 41, and Gianna, who was 13. They died in a Jan. 26 helicopter crash that killed seven other people.

Bunton said it is a coincidence that some of the planted flowers in the private plot match the Lakers’ team colors, purple and gold. There are no engravings at the site.

A security guard who declined to give his name said approximately 400 people visited the gravesite this past weekend. On Tuesday, a bouquet of flowers left at the gravesite had “RIP Kobe and Gianna” written on the red cellophane wrapping it.

On Monday, a memorial service will be held for Kobe Bryant and Gianna at Staples Center.

As the search for his gravesite continued, some visitors encountered family members of the person buried at the site, according to Bunton, who did not identify the family. The security guard said the person was buried at the private plot in November.

“Others have actually run into the family members who’ve kind of shooed people away from that spot just because it’s disturbing the peace to the person interred there,’’ she said.