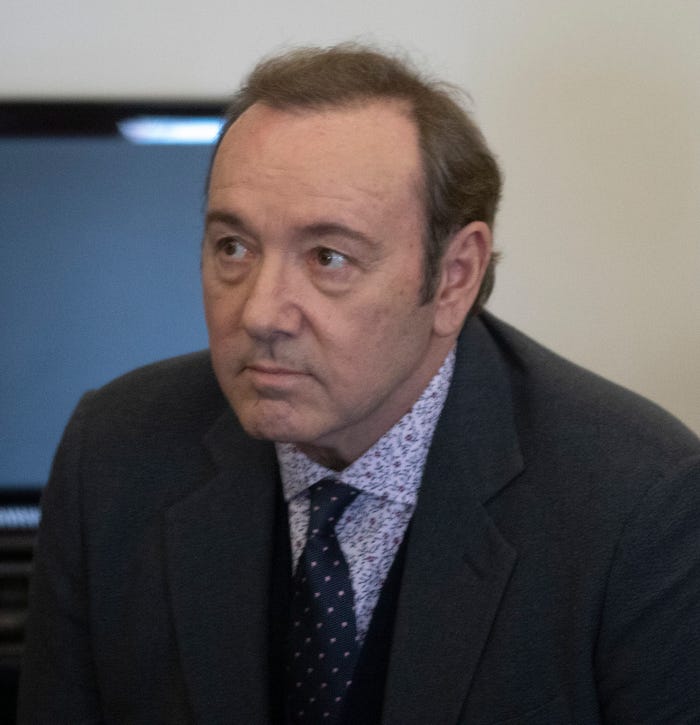 Kevin Spacey is equating his downfall from sexual misconduct allegations to the struggles of those losing their jobs because of the coronavirus pandemic – but his comments didn't fare well on social media.

The disgraced actor, who was accused of sexual assault in 2017, spoke during an episode of the Bits & Pretzels podcast in early April about "what it feels like to suddenly find yourself in a situation you could not possibly have prepared for or anticipated was coming."

Spacey said his career in Hollywood came tumbling down in fall 2017 after more than a dozen people accused the Academy Award-winning actor of sexual misconduct.

And he likened his struggles to those whose lives have been upended because of the pandemic.

"In this instance, I feel as though I can relate to what it feels like to have your world suddenly stop," Spacey said. "And so, while we may have found ourselves in similar situations, albeit for very different reasons and circumstances, I still believe that some of the emotional struggles are very much the same, and so I do have empathy for what it feels like to be told you suddenly can't go back to work."

The former "House of Cards" star ended his remarks by encouraging people to be kind during this time, because "kindness at any distance brings us closer. So begin by being kind to yourself – might be the hardest place to start," he said. "It certainly was for me."

Spacey was on the receiving end of Twitter's criticism for what many users said was his tone-deaf remarks and "stupid comparison."

"You’ve got to be kidding me," commented Krystal Ball.

In 2019, prosecutors in Nantucket, Massachusetts, dropped the charge that Spacey sexually assaulted a teen in a bar in summer 2016, ending the only criminal case brought so far against Spacey.