Countries across Europe are pausing use of AstraZeneca-Oxford University’s COVID-19 vaccine, saying they are acting out of caution, but U.S. scientists say it’s an irresponsible move that threatens the global vaccination effort and the opportunity to end the pandemic.

“While it’s easy to scare people, it’s very hard to unscare them,” said Dr. Paul Offit, director of the Vaccine Education Center and an infectious disease specialist at Children’s Hospital of Philadelphia.

Taking the vaccine off the market – even temporarily – could doom the AstraZeneca-Oxford vaccine and tarnish all other vaccines as well, he said.

One woman in Denmark died after developing a blood clot soon after being inoculated with the AstraZeneca-Oxford vaccine, and 30 others across Europe reportedly developed blood clots within several weeks of vaccination.

France, Germany, Italy and other European countries have followed Denmark’s lead in taking the vaccine off the market while the cases are investigated further.

But blood clots are quite common, with about 900,000 people suffering from them annually in the United States.

What if you had your choice of COVID-19 vaccine? Here are the differences

Whether the clots were caused by the vaccine or occurred coincidentally around the same time remains unclear.

The company has said there were fewer blood clots among the vaccinated population than the general populace. Not enough data has been made public to understand whether there are any indications the vaccine might be causing these medical problems.

Offit and other American scientists said that decision may have seemed like a conservative, responsible one, but in fact was radical and risky. 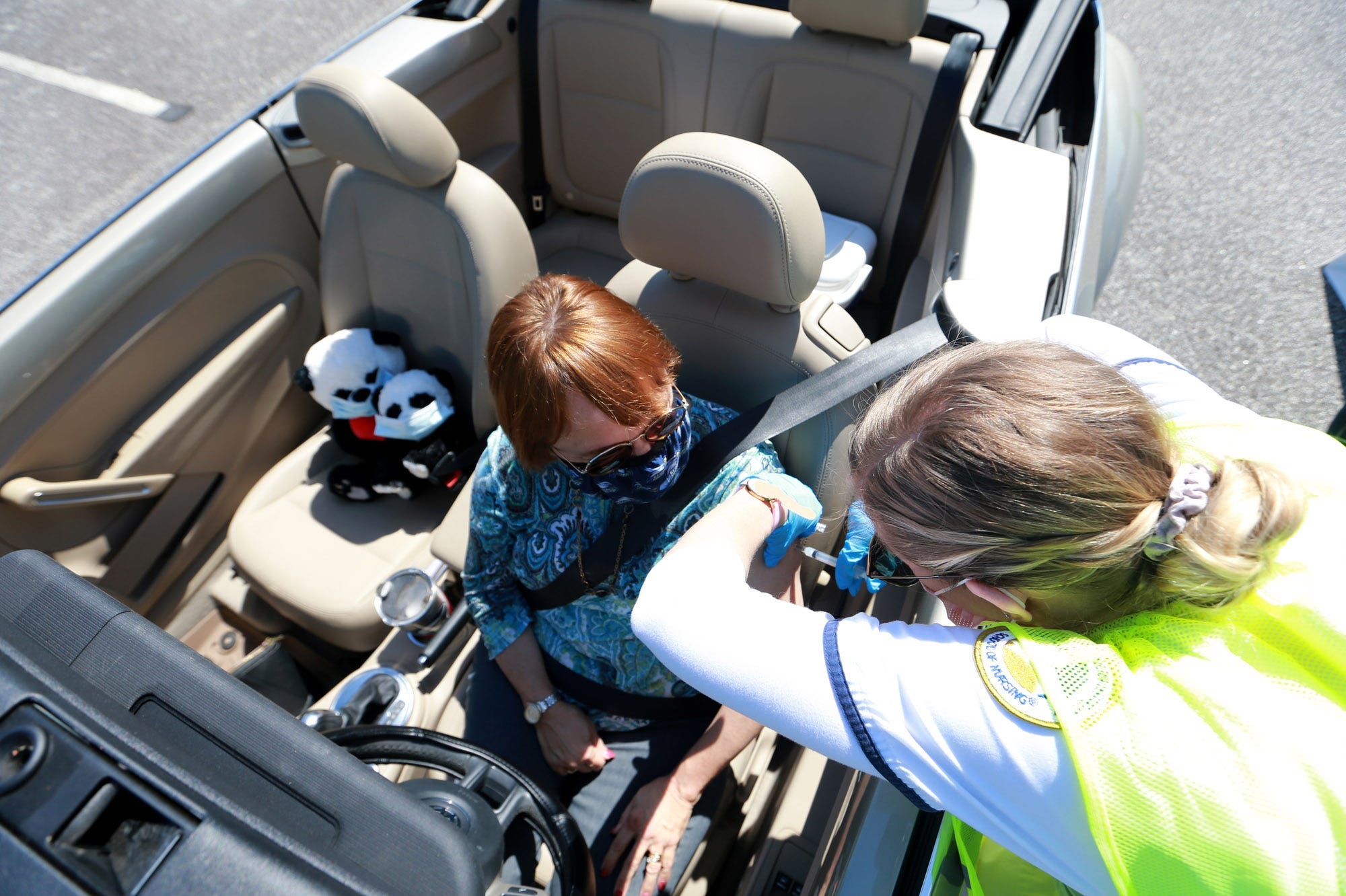 “Unless there is an unusually high rate of blood clots among people receiving a particular vaccine, I just think it’s quite dangerous to draw these kind of conclusions of causality without knowing,” said Akiko Iwasaki, an epidemiologist and immunobiologist at Yale University.

“By unnecessarily suspending the AstraZeneca-Oxford vaccine, the European countries may have created a new problem,” added Dr. Peter Hotez, dean of the National School of Tropical Medicine at Baylor College of Medicine in Houston, who is helping develop a vaccine in India. “This will erode vaccine confidence across Europe and it could extend into Africa. The vaccine ecosystem is fragile, and it doesn’t take a lot to get a vaccine voted off the island.”

Dr. William Schaffner, an infectious disease specialist at the Vanderbilt University School of Medicine in Nashville, said he’s surprised so many countries put their AstraZeneca-Oxford vaccine programs on hold without knowing the outcome of investigations.

When will everyone be vaccinated for COVID-19? Here’s how the vaccine rollout is going

“Things happen to adults, particularly older adults. Medical events occur,” he said. There are established scientific processes for figuring out whether those events are caused by vaccines or happen coincidentally – but those processes take time, he said.

Schaffner and the others said it would have made more sense to continue using the vaccine while investigations are underway, rather than prematurely scare people about vaccination.

If the investigations clear the vaccine, as seems likely based on current evidence, Schaffner said, European countries “will have to really work hard to restore confidence in the vaccine and the vaccination program.”

Any time a vaccine or treatment is given to a large segment of the population medical issues are likely to arise – just as they do at other times.

To show that a vaccine is the cause of these problems, scientists have to connect the events in time, show that one could be the cause of the other (car accidents are unlikely to be caused by vaccines, for instance) and that they are happening more frequently than in a general population.

In a statement, AstraZeneca said its tvaccine was not causing an unusual number of clots. “Around 17 million people in the EU and UK have now received our vaccine, and the number of cases of blood clots reported in this group is lower than the hundreds of cases that would be expected among the general population,” according to the statement.

The British drug regulatory agency also said evidence “does not suggest” the jab causes clots. And the World Health Organization says there is no reason to stop using it.

Vaccine passports should be free, private and secure, White House says:But who will be issuing them?

Andrew Pollard, an Oxford University researcher, told the BBC that the risks from COVID-19 vastly outweigh the risks from the vaccine he helped develop.

“It’s absolutely critical that we don’t have a problem of not vaccinating people and have the balance of a huge risk – a known risk of Covid – against what appears so far from the data that we’ve got from the regulators – no signal of a problem,” he said.

He added there was “very reassuring evidence that there is no increase in a blood clot phenomenon here in the UK, where most of the doses in Europe been given so far.”

In the United States, vaccine safety data is tracked several different ways, including a system where people report medical events that occur in close proximity to vaccination, and a system that examines medical records for any unusual increases in conditions that could plausibly connected to vaccination, like blood clots. A third system allows volunteers to report their vaccine reactions through a cellphone app.

What does victory against the COVID-19 pandemic look like? USA TODAY’s vaccine panel weighs in

There has been no indication of an increase in blood clots among Americans who have received vaccines made by Pfizer-BioNTech, Moderna or Johnson & Johnson, all of which trigger the immune system to recognize a protein on the surface of the virus that causes COVID-19.

Offit said he sees no reason why the AstraZeneca-Oxford vaccine would cause blood clots but not the others.

The AstraZeneca-Oxford vaccine has certain advantages over other shots, Schaffner said, because it is relatively inexpensive, can be quickly manufactured in large amounts and readily distributed through existing supply chains.

AstraZeneca-Oxford has completed a large-scale vaccine trial in the U.S., the results of which should be made public within the next few weeks. At that time, the collaborators are expected to request emergency use authorization from the U.S. Food and Drug Administration.

The U.S. pre-purchased 300 million doses of the AstraZeneca-Oxford vaccine last year for $1.2 billion, but it’s not likely to need most of those doses. By the end of May, the government expects to have enough vaccine available for all adults, from Pfizer-BioNTech, Moderna and J&J, with more of those vaccines available later in the year for children who are not yet eligible for vaccination because studies have not been completed. 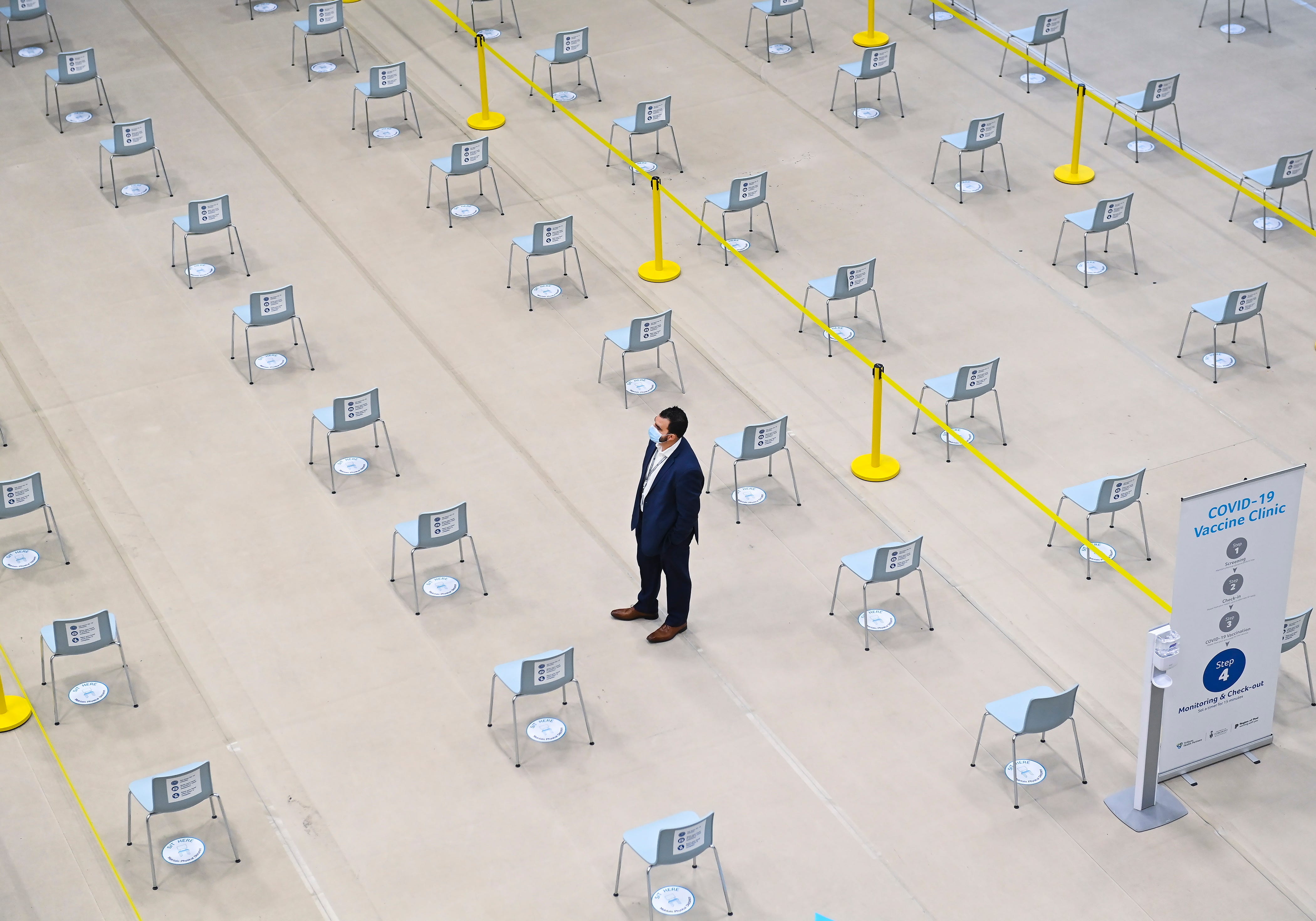