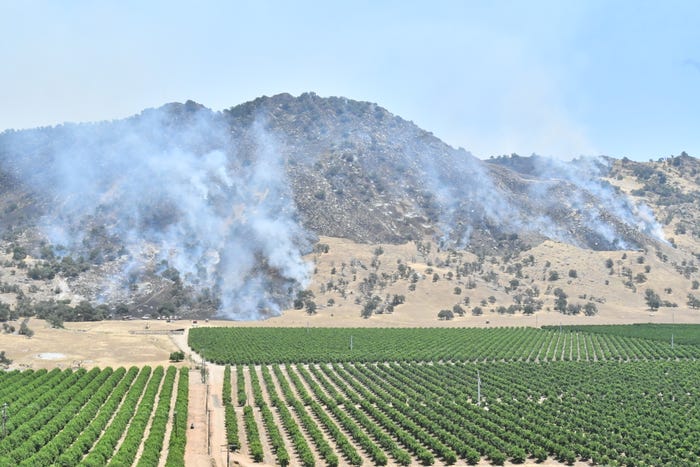 Filling in for Arlene Martinez, I'm Mark Olalde, an environment reporter with The Desert Sun in Palm Springs. There's never a shortage of news in this great state, so let's get started.

But first, the Golden State is trending in the exact opposite direction it needs to in terms of controlling COVID-19. The number of new cases announced early this week shattered previous records, regardless of how exactly you count them. By one tally, Monday brought more than 6,000 new confirmed cases statewide as nearly every county has been given approval to move deep into Stage 3 reopening. Public health experts and state leadership are pleading with Californians to wear masks and maintain social distancing wherever possible.

In California brings you top stories and commentary from across the USA TODAY Network and beyond. Get it free, straight to your inbox. And while you're at it, why not also subscribe to Climate Point, the network's environment newsletter run by yours truly.

Politicking in the Golden State

The state Senate approved a new bill, now kicking it to the Assembly, that would require the Department of Justice and gun stores to scrutinize hunting licenses during a waiting period before selling firearms. The bill comes in response to a shooting last year at a synagogue near San Diego; the 19-year-old gunman used a hunting license to buy the weapon he is accused of using but his license wasn't set to go into effect until about two months after the shooting, authorities said.

The Ventura-based outdoor gear company Patagonia announced that it will temporarily halt its advertising buys with Facebook and Instagram because the platforms have done little to stop "hateful lies and dangerous propaganda" from being shared. The North Face and REI, two other gear companies, have also pulled back from the social media sites.

Los Angeles Councilman Jose Huizar, who has been a mainstay in the city's political scene for two decades, was arrested Tuesday on a racketeering charge. Prosecutors alleged that he shook down developers in exchange for bribes and campaign contributions. The arrest is just the latest in an ongoing probe of corruption among the city's leadership, although prosecutors did say that Huizar was "the boss" in this alleged scheme.

A new economic study commissioned by the California Farm Bureau Federation was released Tuesday and it said that the pandemic is wreaking havoc across the state's roughly $50 billion agricultural industry. It predicted the pandemic will cost growers between $5.9 billion and $8.6 billion. The industry has already lost out on an estimated $2 billion, with the largest bite taken out of profits from dairy, grapes, flowers and nurseries.

Amazon has often made news for its workplace conditions, and it now refuses to release information about the number of its employees in Southern California who have tested positive for the coronavirus. So, workers have turned to crowdsourcing that information to learn more about potential outbreaks in their warehouses. The efforts have identified at least 60 positives in Riverside and San Bernardino counties.

Hundreds of thousands of "snowbirds" typically flock to the Palm Springs area every year to enjoy the desert's beautiful winters. But, the mix of public and private health insurance packages Canadian travelers usually rely on likely won't cover COVID-19-related costs. This might ground a large percentage of the annual pilgrimage, potentially throwing another wrench into the Coachella Valley's important tourism industry.

Data have been a huge part of the coronavirus narrative, as public health officials, academics and journalists have raced to track the virus and outbreaks. But, confusion surrounding medical privacy laws and the speed of the pandemic's progression have left individual counties making decisions on what data to release and how. It's an issue that could complicate efforts to more effectively track the deadly virus, as it means data reporting practices aren't standard across California.

The world's 11th-largest tree, which sprouts from Kings Canyon National Park and is named after slave owner and Confederate General Robert E. Lee, is watching its name wiped off park materials. This comes as racist icons have been toppled, burned and otherwise destroyed around the country. In national parks, including those in California, trees named after rebel leaders are the latest target.

A community group calling itself the Stockton Coalition for Shared Safety protested on Monday to call for the abolition of the school-specific police department. One former student described the "cradle-to-prison pipeline," as he described why he opposed police in schools. On Tuesday, the school district was scheduled to hear more about the demands that have mirrored those brought elsewhere around the country.

A coalition of "Southern California community activists and labor organizers" was already organizing before Floyd's death sparked international protests. But with renewed attention on issues in Black communities, the coalition launched a report confirming that Black people in the Inland Empire disproportionately hold low-income jobs.

When isn't it wildfire season anymore?

Even if you're mad at someone, don't shoot a flare gun at them during wildfire season. At least that's one lesson to take from this story. The California Department of Forestry and Fire Protection announced on Tuesday that a Shasta County woman had been arrested on suspicion of starting a small fire a few days earlier after discharging a flare during an argument.

A 1,100-acre brush fire in Tulare County is racking up statistics after it quadrupled in size on Monday. As of Tuesday, 225 firefighters had been dispatched to attack the blaze, and one landowner estimated that he was already facing $50,000 in property damage.

And finally, it's getting hotter as we venture deeper into summer, but the cooling centers that are normally opened to help those without access to air conditioning are coming up against the need for social distancing. Check out this piece from the Record Searchlight to learn more about what this means in Redding and elsewhere around California.

That's all for today. Thanks for reading, and stay cool and socially distanced out there.

In California is a roundup of news from across USA TODAY Network newsrooms. Also contributing: Associated Press, the Los Angeles Times and the Business Journal.