WASHINGTON – In his first news conference as president, Joe Biden mostly stayed on message — and even cracked a couple of jokes — while addressing a number key issues facing his administration, such as immigration and uniting the country.

In his first months of his presidency, Biden has faced an influx of migrants heading to the U.S-Mexico border, two recent mass shootings, and growing concerns about whether Congress can come together to pass key legislation, including his soon-to-be announced infrastructure bill.

Here are some of the top takeaways from his news conference:

In the last week alone, there have been two deadly mass shootings.

But Biden was asked only once about the topic of gun control.

When asked whether Biden will send legislation to Congress, sign executive orders, or send money to cities and states to address gun control, Biden answered: “All of the above.” He then quickly pivoted to talking about infrastructure legislation he plans to unveil next week.

“Successful presidents, better than me, have been successful in large part because they know how to time what they’re doing, in order to sign priorities, what needs to be done,” Biden said.

A large portion of Biden’s press conference addressed how the Biden administration is handling an increased number of migrants coming to the U.S.-Mexico border.

Biden defended his immigration policies, saying he would never apologize for ending policies the Trump administration put in place. Biden has begun unwinding several of Trump’s hardline immigration policies like the Migrant Protection Protocols, which forced migrants to wait in Mexico for their immigration court hearing.

Biden said he would never tell an unaccompanied child who ends up at the border that “we’re just gonna let him starve to death and stand on the other side.”

“No previous administrations did that either except Trump,” he said. “I’m not going to do it.”

But Biden is facing criticism for the issues at the border, as the administration continues to only accept migrant children and some families.Republicans and Democrats have called the situation on the border a “crisis,” a term the White House has refused to use.

An increased number of migrant children are being accepted into the United States, leading to overcrowding in short-term, jail-like facilities run by Customs and Border Protection. The Biden administration has struggled to move children quickly out of those facilities and into those run by the Department of Health and Human Services. By law, children are supposed to be moved out of CBP facilities within 72 hours.

Biden announced Wednesday that Vice President Kamala Harris is taking the lead in mitigating migration at the border by working with Mexico, Guatemala, Honduras and El Salvador.

The president said while he would like to think migrants are coming to the U.S. because “I’m a nice guy,” that isn’t the case. Biden noted that there are cyclical surges that happen between January and March, as it’s safer for individuals to travel.

Although the Biden administration is currently accepting unaccompanied migrant children, Biden indicated they may begin deporting some children depending on their cases.

“The judgment has to be made whether or not,” Biden said of deporting unaccompanied children.

COVID-19 pandemic not front of mind

Concerns about the coronavirus pandemic weren’t front of mind at Thursday’s press conference.

Although Biden began the press conference by announcing a new goal of 200 million COVID-19 vaccination shots by the end of his first 100 days, few questions were brought up about the pandemic that has ravaged the world for over a year.

Congress earlier this month passed a $1.9 trillion covid relief package. Over the past couple of weeks, Biden has been hitting key states to tout the victory, which included $1,400 stimulus checks.

No signs Biden is budging on the Senate filibuster

Biden may have agreed that the Senate filibuster is a “Jim Crow relic,” but the president showed no signs of pushing for its demise.

But he did again voice his support for returning to a talking filibuster.

“Successful electoral politics is the art of the possible. Let’s figure out how to get this done and significantly change the abuse of the filibuster rule,” Biden said.

There are growing concerns that Biden will struggle to pass legislation, related to issues like immigration, climate change and infrastructure, if the filibuster continues. Some Democrats have advocated abolishing it.

Biden noted that he was willing to work with any lawmaker, including Republicans, on any upcoming legislation, despite criticism from the GOP about the lack of bipartisan collaboration on the COVID relief package.

Staying on his administration’s message

When it comes to gaffes, Biden doesn’t have the cleanest record of avoiding mistakes.

But at Thursday’s press conference, the president mostly stayed on message. He used much of the same messaging on topics such as immigration and the filibuster that his press secretary and other administration officials have used.

He did not stray off significantly on anecdotal stories, something Biden has been known to do when addressing policy questions to add a human aspect to what he’s talking about.

The president even cracked a couple of jokes. When talking about the filibuster, Biden said he wanted to return to what “existed just when I came to the United States Senate, 120 years ago.”

However, some of his messaging did fall flat. When forcefully slamming legislation that wants to limit voting rights, Biden said that “This makes Jim Crow look like Jim Eagle.” But it’s unclear what he meant by “Jim Eagle.”

“This is gigantic what they’re trying to do. And it cannot be sustained,” Biden said. 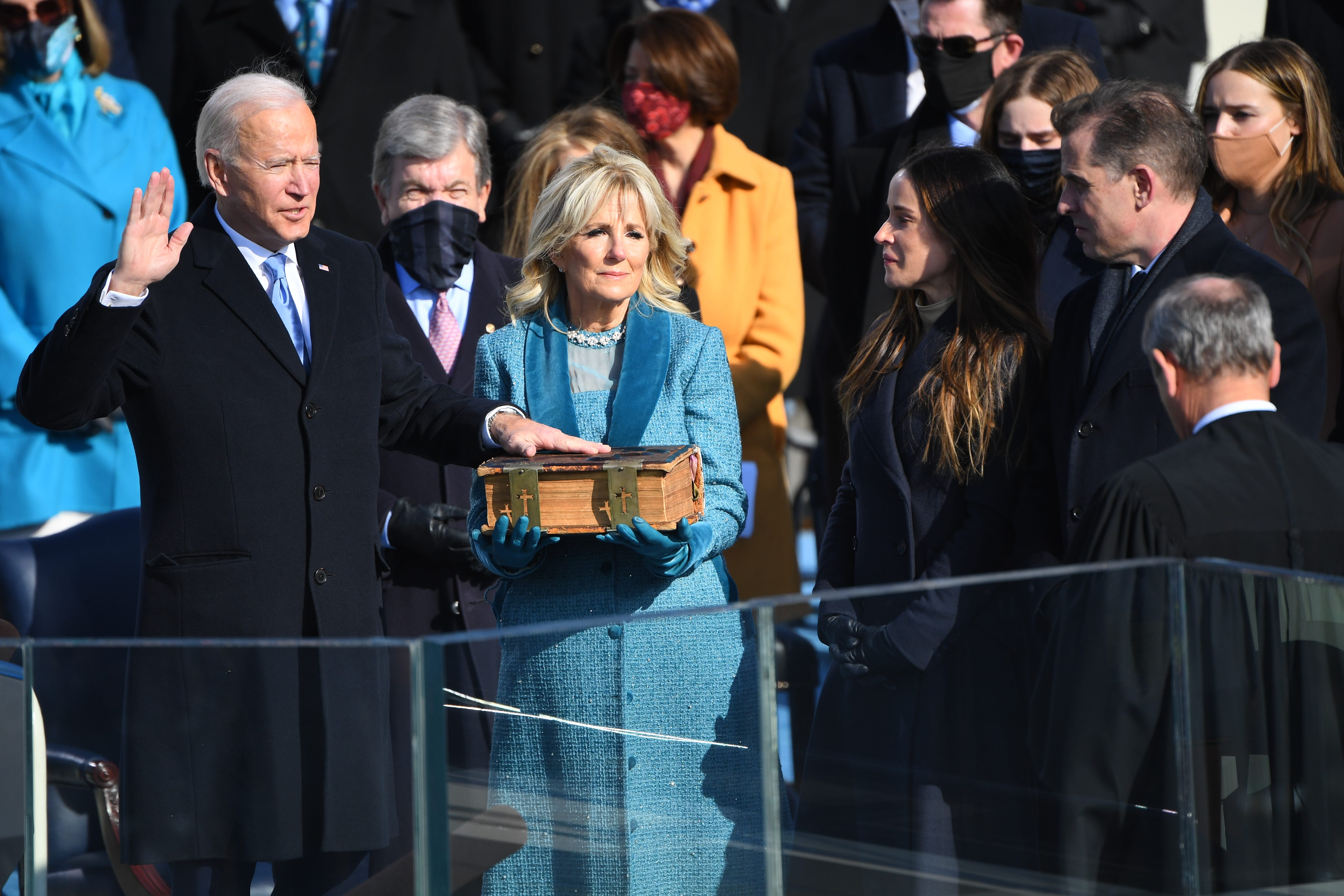