Idaho State police on Sunday were investigating a protest at the state Capitol in Boise during which scores of Idahoans burned masks to protest coronavirus public health recommendations they view as restrictions on freedom.

Health experts say masks are critical tools against a disease that has killed more than 500,000 Americans, including almost 2,000 in Idaho. Gov. Brad Little, a Republican, has never ordered a statewide mask mandate, but seven counties and 11 cities have them in place.

“During the event, an open flame was ignited in a barrel,” police said in a statement. “Those involved with the event were informed both before and during the event that open flames are not allowed on State Capitol grounds. The incident is under review.”

Also in the news:

►Nevada Gov. Steve Sisolak has signed an emergency order adjusting the minimum distance between performers and audience members that previously challenged the return of productions in Las Vegas.

►NBA Commissioner Adam Silver touched on a wide range of topics – including vaccinations for players and a potential return to normal for next season – during a Saturday call on Zoom ahead of Sunday’s All-Star events.

►The Dalai Lama, the 85-year-old Tibetan spiritual leader, has received the first shot of the coronavirus vaccine at a hospital in the north Indian hill town of Dharmsala.

►U.S. drugmaker Merck said Saturday that an experimental antiviral treatment it is developing with biotechnology company Ridgeback Biotherapeutics showed a quicker decrease in infectious virus among people with early COVID-19.

USA TODAY is tracking COVID-19 news. Keep refreshing this page for the latest updates. Want more? Sign up for our Coronavirus Watch newsletter for updates to your inbox and join our Facebook group.

After more than 24 hours of debate, the Democratic-controlled Senate on Saturday passed President Joe Biden’s $1.9 trillion COVID-19 relief package. The bill would provide millions of Americans with $1,400 direct payments, billions of dollars for vaccine distribution and funds to help reopen schools and colleges. It also extends the federal unemployment benefit at $300 per week through the end of August, down from a $400 extension in the original bill.

The stimulus also includes $450 million for domestic violence services as advocates are warning that survivors continue to be at high risk of intimate partner violence amid the coronavirus pandemic.

Counties across California are increasingly asking to opt out of the state’s centralized vaccination program run by Blue Shield, further complicating Gov. Gavin Newsom’s plan to smooth out what has been a confusing and disjointed rollout of coronavirus vaccines. None of the state’s 58 counties have signed contracts with the insurance giant even as the state moved ahead with plans to bring 10 counties in the inland sections of central and Southern California under Blue Shield oversight beginning this week, the Los Angeles Times reported Saturday.

The state is in the process of switching over to a vaccine appointment and delivery system administered by Blue Shield that is expected to be completed by March 31. The decision announced in February to outsource functions to Blue Shield that had previously been managed by public officials at the state and local levels was intended to ensure vaccines are distributed equitably and reach low-income communities disproportionately affected by the pandemic.

People with intellectual disabilities may face higher risk of COVID-19 exposure for various reasons, researchers said, such as the inability to social distance because of regular contact with support personnel or sensory issues that make it difficult to wear face masks. The pandemic has also made it harder for people with intellectual disabilities to receive the health care support they need, the researchers said. 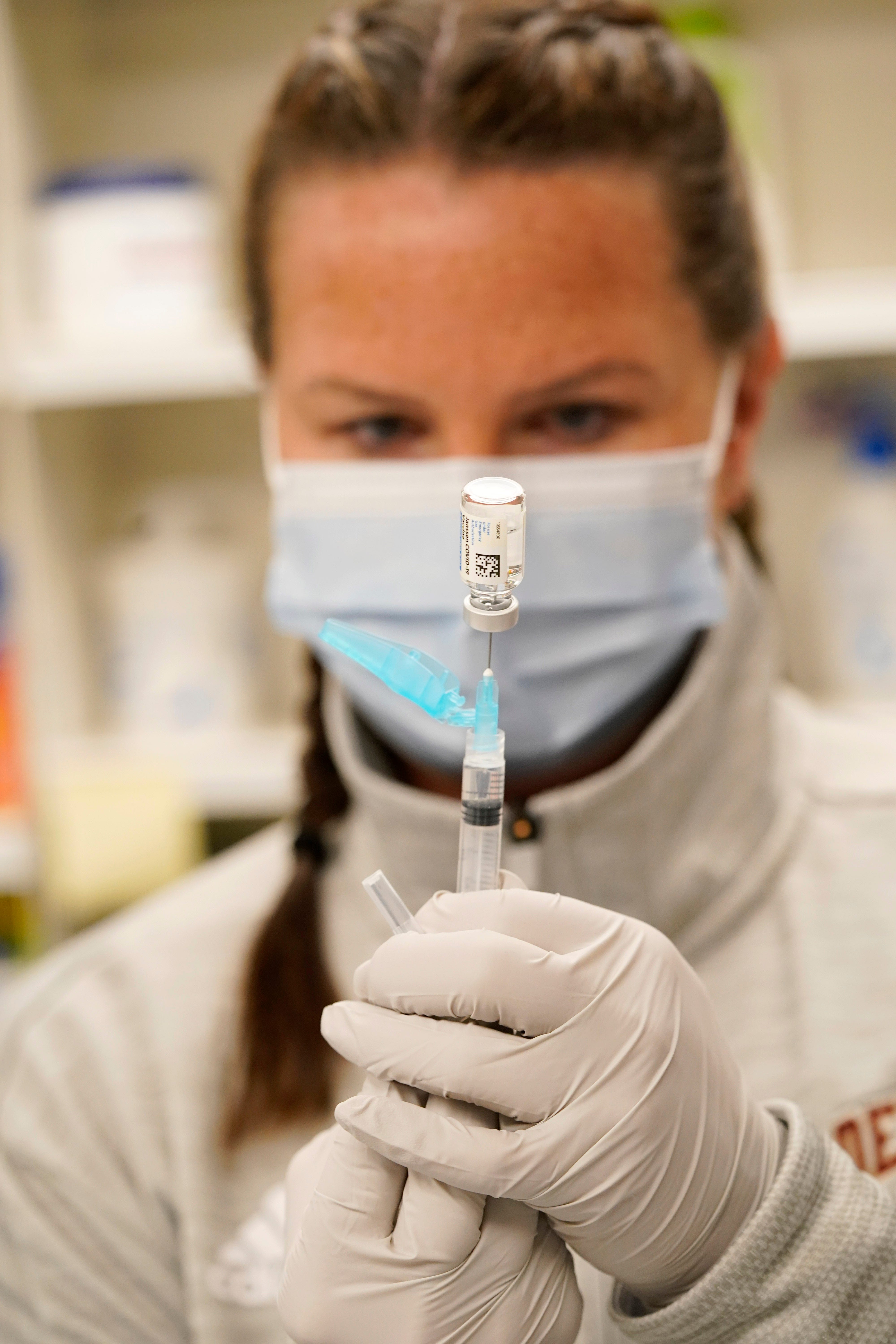