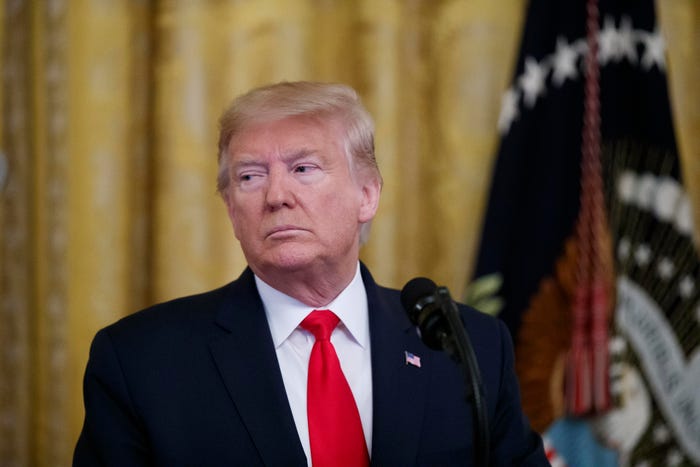 WASHINGTON – A Health and Human Services official helping to develop a coronavirus vaccine said Wednesday he was removed from his post because he questioned the value of drugs being pushed by President Donald Trump.

"Sidelining me in the middle of this pandemic and placing politics and cronyism ahead of science puts lives at risk and stunts national efforts to safely and effectively address this urgent public health crisis," Rick Bright said in a statement calling for an Inspector General's investigation.

Bright, who until this week was director of the HHS Biomedical Advanced Research and Development Authority (BARDA), said he is speaking out "because to combat this deadly virus, science – not politics or cronyism - has to lead the way."

BARDA is designed to aid in securing the nation from chemical, biological, radiological, and nuclear threats, as well as from pandemic influenza and emerging infectious diseases, according to the HHS website.

The White House did not comment on Bright's accusations.

While he did not mention Trump or anybody else by name, Bright said he "resisted efforts to fund potentially dangerous drugs promoted by those with political connections," according to the statement issued by the law firm Katz, Marshall & Banks.

Bright said he opposed the use of chloroquine and hydroxychloroquine – drugs touted by Trump and others in the administration – because they "have potentially serious risks associated with them, including increased mortality observed in some recent studies in patients with COVID-19."

More:The hydroxychloroquine debate: Donald Trump has advertised it as a coronavirus treatment. Here's what we know about the malaria drug.

Trump has particularly touted the virtues of hydroxychloroquine, an anti-malaria drug.

Asked Tuesday about new research questioning the safety of the drug, Trump said: "Obviously, there have been some very good reports and perhaps this one is not a good report. But we'll be looking at it."

During a series of White House briefings, Trump has described hydroxychloroquine as "a very strong, powerful medicine," and said people should not mind using it: “What really do we have to lose?”

In recent days, however, Trump has toned down his praise of the drug.

In his statement, Bright said he called on the HHS Inspector General, the department's internal watchdog, to investigate the circumstances of his dismissal from BARDA.

"This Administration has politicized the work of BARDA and has pressured me and other conscientious scientists to fund companies with political connections as well as efforts that lack scientific merit," he said. "Rushing blindly towards unproven drugs can be disastrous and result in countless more deaths."