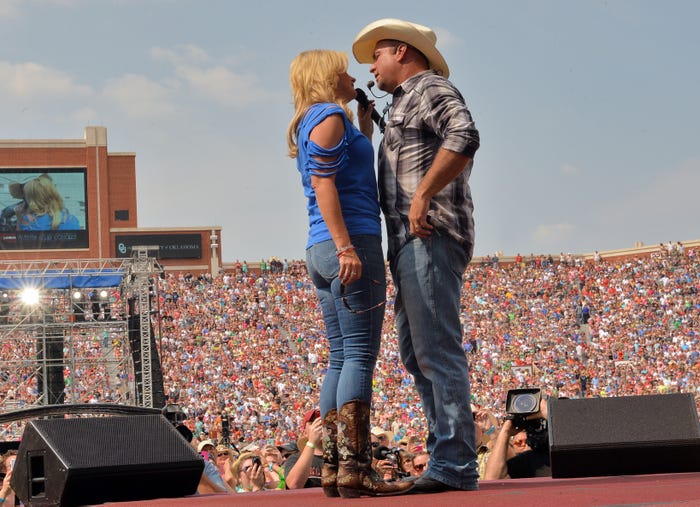 Garth Brooks is moving the Facebook concert he and Trisha Yearwood were supposed to do on Tuesday, July 7 to a later date, and postponing Inside Studio G for two weeks "out of an abundance of caution."

According to a press release, "While Garth and Trisha are fine, the Garth/Trisha camp has possibly been exposed to the COVID-19 virus. To be smart about this, they are all quarantining for two weeks and thank everyone for their concern."