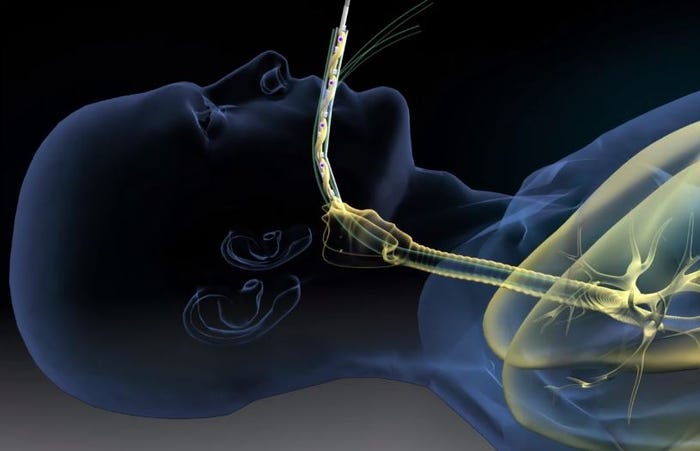 The claim: Researchers had already been working on the ultraviolet light 'treatment' before President Donald Trump referred to it.

After President Donald Trump was criticized for floating the idea of using ultraviolet light and injections of disinfectants to kill COVID-19 in humans, several defenders of his comments arose on social media.

Among them were supporters posting articles pointing to a potential COVID-19 treatment undergoing research called Healight Platform Technology. Developed by researchers at Cedars-Sinai Medical Center, a nonprofit hospital in Los Angeles, the medical device consists of LED lighting that would be inserted down the trachea of COVID-19 patients on ventilators in order to bring controlled ultraviolet light into the patient.

A Washington Times article, headlined “Firm tests UV light treatment that Trump was mocked for mentioning,” describes the research. The article had more than 12,600 shares on Facebook as of Saturday.

But an article from the website Hollywood LA News treated the news as more of a sure thing. The story, headlined “UV light to be used as disinfectant in treating COVID-19 patients,” had more than 1,200 shares in The Official Rush Limbaugh Facebook Group.

Ultraviolet light has long been used as a disinfectant in wastewater treatment, hospital rooms and other settings. It also has some medical treatment applications, such as the use of fluorescent lamps to administer controlled doses of UV light to skin lymphoma patients.

UV light works as a disinfectant because it can stop cells from reproducing. No microorganisms have shown immunity to UV exposure at certain levels, according to the International Ultraviolet Association.

But UV light can be dangerous to humans. For example, UV light found in sunlight causes sunburns and can eventually cause melanoma.

More:Fact check: UV light injections are not a common medical treatment — or a COVID-19 cure

During the April 23 White House Coronavirus Task Force Briefing, Bill Bryan, undersecretary for science and technology at the Department of Homeland Security, discussed a study regarding shortening the coronavirus's lifespan through exposure to sunlight and humidity.

Trump then floated the idea that ultraviolet light could be used in the body as a treatment.

“So, supposing we hit the body with a tremendous — whether it’s ultraviolet or just very powerful light — and, I think you said that that hasn’t been checked, but you’re going to test it,” he said. “And then I said, supposing you brought the light inside the body, which you can do either through the skin or in some other way, and I think you said you’re going to test that, too. It sounds interesting.”

Medical experts were quick to caution against the use of disinfectant injections or UV light as a potential treatment for COVID-19.

Among the experts were the International Ultraviolet Association and RadTech North America, two industry groups made up of equipment vendors, scientists, engineers and medical professionals who deal with ultraviolet light.

“We would like to inform the public that there are no protocols to advise or permit the safe use of UV light directly on the human body at the wavelengths and exposures proven to efficiently kill viruses such as SARS-CoV-2,” a joint news release from the groups said.

Dr. Len Lichtenfeld, deputy chief medical officer for the American Cancer Society, said in a video published April 24 in that UV radiation is dangerous and should be taken seriously.

On April 24, Trump said he was being sarcastic.The White House issued a statement that day blaming media for quoting him out of context.

More:Coronavirus spares one neighborhood but ravages the next. Race and class spell the difference.

On April 20, three days before Trump made his remarks, pharmaceutical company Aytu Bioscience announced that it had signed an exclusive license for worldwide rights to the Healight Platform Technology under research at Cedars-Sinai Medical Center in Los Angeles.

Trump did not specifically mention Healight Platform Technology in his remarks nor did he refer to the company during his clarification of the remarks on April 24.

More:Fact check: Are governors' stay-at-home orders bad for your health?

The Healight technology is not approved by the Food and Drug Administration and has not been cleared for use. According to the Aytu Bioscience website, the company is working with the FDA on developing an "expedited regulatory process" that would allow it to be used in the near-term for critically ill COVID-19 patients.

The technology would work by inserting a catheter with LED lights that emit UV-A light — one of the categories of ultraviolet light that's also found in sunlight — in a controlled way, according to the company’s website.

"Our team has shown that administering a specific spectrum of UV-A light can eradicate viruses in infected human cells (including coronavirus) and bacteria in the area while preserving healthy cells," Dr. Mark Pimentel, executive director of the Medically Associated Science and Technology Program at Cedars-Sinai Hospital, said in a news release.

This week, Aytu Bioscience announced an agreement with Sterling Medical Devices to finalize the development of the technology.

Aytu Bioscience did not return an email requesting comment. A media representative at Cedars-Sinai Medical Center said the hospital could not accommodate a USA TODAY request for an interview but pointed to a statement on the hospital's website that said the company is in the preclinical stages of developing the technology, which could eventually be used to treat viruses and bacteria.

"The technology has not been tested or used on patients," the statement said. "Cedars-Sinai has filed for patents related to the technology and has signed a licensing agreement with Aytu Bioscience with the aim of potentially enabling near-term use as a COVID-19 intervention for critically ill, intubated patients."

Some medical and UV light experts interviewed by USA TODAY said researchers would need to continue to show that the ultraviolet light could be used in a way that would damage the human body.

“I think very few professional experts would say that UV isn’t effective,” said Jim Malley, an ultraviolet light expert and professor of civil and environmental engineering at the University of New Hampshire. “But, again, it’s a quantum leap to putting a UV robot in a surgical suite or a classroom — you know, locking the door and putting warnings up and just dosing that room for ours — to then take it and use it on the skin or in a body.”

The claim that researchers are exploring a medical device that would use UV-A as a potential tool for treatment in COVID-19 patients is true, according to statements from Cedars-Sinai Medical Center and Aytu Biosciences.

But the presentation of that news includes a FALSE HEADLINE.

It's premature to say at this point that the technology is "to be used" as a treatment for COVID-19, as the Hollywood LA News headline states. The Healight technology is in pre-clinical stages of development and has not been tested on humans. It is among many potential treatments being researched.

Ian Richardson covers the Iowa Statehouse for the Des Moines Register. Reach him at irichardson@registermedia.com, at 515-284-8254, or on Twitter at @DMRIanR.