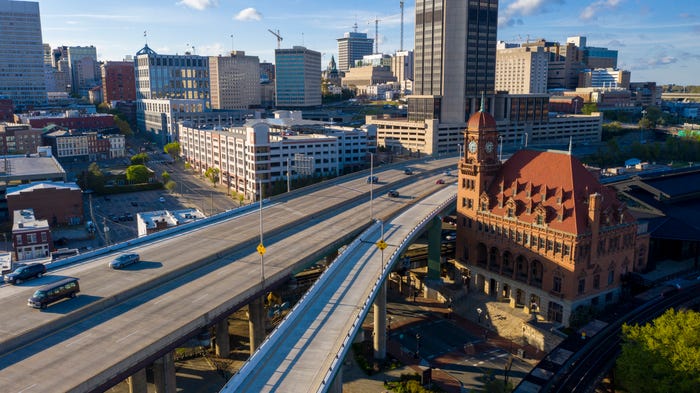 The claim: African Americans make up all the COVID-19 deaths in Richmond

In mid-April, Moguldom Nation, aggregating reporting from other state media sources, said black Virginians in Richmond were contracting and dying from the coronavirus a higher rate than other races. The online site reported that everyone who had died was black.

By April 15, Virginians who were black made up 62% of about 160 confirmed COVID-19 cases in Richmond, while 48% of the city’s population is black, Moguldom Nation wrote, citing reporting from WTVR, a CBS TV station in Richmond, and Virginia Public Media. At the time, eight people had died, all African Americans, VPM reported.

Several other national publications picked up the theme as well. The Washington Post reported most COVID-19 deaths were among people who were black in Richmond. BET used the Virginia Public Media report recently.

More:Trump may wind down work of coronavirus task force as early as this month, Pence says

As of April 30, 14 of 15 Richmond residents who had died from the coronavirus were black. One person was white, a Virginia Department of Public Health report on COVID cases by race shows. Of 339 total positive cases in the capital city, African Americans made up 59%.

Of the 552 Virginians who died through the end of April, 288 were white; 137 were African American; and 54 were Hispanic or other races. Race wasn’t recorded in 73 deaths.

Statewide, 4.8% of people who were black and tested positive had died, while 5.4% of whites who were positive died. About 20% of Virginia’s population is black.

Dr. Danny Avula, director of the Richmond and Henrico health districts, said people who are elderly or have underlying disease are likely to see more severe outcomes with COVID-19.

Many black residents in Richmond struggle to get health care — or trust the medical system to take care of them, he said.

"In Richmond, as is the case in many other places, our African American residents tend be in the lower rungs of the socioeconomic strata," Avula said.

Richmond’s poverty rate is 22%, while Virginia’s and the U.S. rate are both close to 11%, U.S. Census Bureau data show.

That means taking public transit to jobs that don't stop because of the pandemic, he said. “Disproportionately, African Americans in our city are working in frontline service jobs as cashiers in convenience store and as custodians in essential businesses. … They have a higher potential of being exposed to COVID-19,” he said.

The health district has added testing at public housing and other areas to better reach minority residents.

While Avula hadn't studied it yet, he believes Richmond is experiencing higher deaths among African Americans because that population skews older. “We likely have a higher number of seniors in the African American community,” he said.

While then numbers change daily, African Americans have made up all or almost all the COVID-19 deaths in Richmond as well as a disproportionately high percentage of the total positive cases in April. At the time this story was written, the claim that all coronavirus victims were black was true.

Donnelle Eller covers agriculture, the environment and energy for the Register. Reach her at deller@registermedia.com or 515-284-8457.