EU approves AstraZeneca jab as WHO warns against ‘vaccine nationalism’ 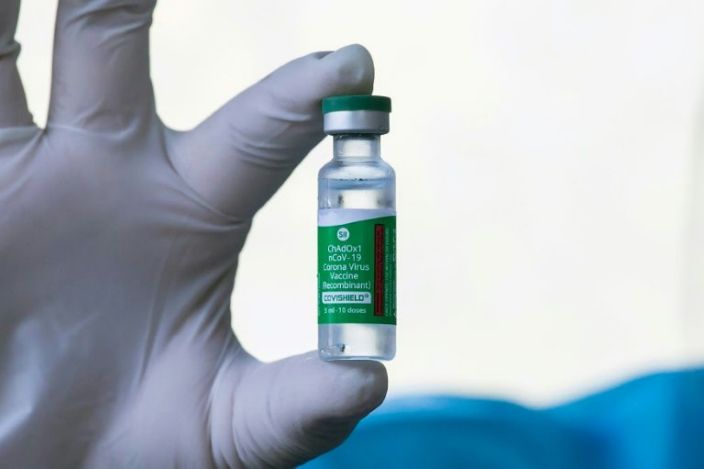 The European Union on Friday approved the Oxford-AstraZeneca coronavirus jab for use on all adults as the World Health Organization warned wealthy countries against “vaccine nationalism”, saying it will only prolong the pandemic.

Coronavirus outbreaks are raging around the globe with Covid-19 deaths nearing 2.2 million, and while some parts of the world are fighting over limited vaccine supplies, there are fears the less privileged will not get access for a long time.

The vaccine developed by AstraZeneca and the University of Oxford became the third to get EU approval after Pfizer/BioNTech and Moderna, but it came under the shadow of a bitter diplomatic row with Britain over which countries will get the scarce doses currently available.

“I expect the company (AstraZeneca) to deliver the 400 million doses as agreed,” tweeted European Commission chief Ursula von der Leyen, as she announced the authorisation.

The British-Swedish firm has admitted it will only be able to deliver a fraction of the doses promised to the bloc in the short-term due to production problems, saying there is not enough to fulfil supply promises to both Britain and Europe.

The supply issue is a huge blow to Europe’s already stumbling vaccine rollout, setting it on a collision course with Britain, which left the bloc just weeks ago.

In a sign of the growing tensions, the EU on Friday released a redacted version of its contract with AstraZeneca, while announcing a mechanism that could allow it to deny the export of vaccines made on European soil.

But it backtracked on a threat to restrict exports to Northern Ireland after Britain voiced “grave concerns”.

The EU-Britain tussle has highlighted the impact of shortages on ambitious mass vaccination programmes, even on wealthy nations, and fears are growing that the developed world is hogging doses, leaving poorer nations behind.

World Health Organization chief Tedros Adhanom Ghebreyesus warned Friday against “vaccine nationalism”, saying there was a “real danger that the very tools that could help to end the pandemic -– vaccines –- may exacerbate” global inequality.

Parts of Africa and Asia have only just started securing and rolling out vaccinations.

The global scramble for shots comes as more troubling data emerges on new variants of the coronavirus, which is known to have infected more than 101 million people worldwide.

The variants first detected in Britain, Brazil and South Africa are believed to be more contagious.

Scientists are concerned that the South African variant may elude some vaccines, a potential stumbling block in the global effort to defeat Covid-19 through mass inoculation.

New data on Thursday and Friday showed average effectiveness of 89 and 66 percent for shots from Novavax and Johnson & Johnson.

Pfizer and Moderna have said their vaccines are effective against the variants.

In a separate but closely watched scientific mission, WHO experts continued their investigation Saturday in Wuhan, China, where the coronavirus first emerged in late 2019, hoping to uncover more clues about the origins of the pandemic.

They visited Jinyintan hospital, which received the first patients officially diagnosed with Covid-19.

With vaccine rollouts still in their early stages, movement restrictions remain among the few options for governments to try to stop the spread of Covid-19.

Surges across continents have overwhelmed healthcare systems even in rich countries like Britain and the United States, while Mozambique President Filipe Nyusi warned that hospitals across southern Africa were “rapidly reaching the limit of their capacities”.

Citing concerns over the new strains, Germany on Friday said it would ban travel from countries where the new variants are prevalent starting this weekend, while Canada announced hotel quarantine for all new arrivals.

France has announced the closure of its borders to all non-EU travellers except for essential travel.

The pandemic has shredded the international sports calendar, with doubts growing about the already delayed Tokyo Olympics.

But there was some good news out of Australia, which has largely kept its outbreak in control because of aggressive travel restrictions.

Australian Open organisers said Saturday that between 25,000 and 30,000 tennis fans will be allowed to watch the season’s opening Grand Slam.