MINNEAPOLIS — A medical expert in the physiology of breathing testified in the murder trial of Derek Chauvin that the way Chauvin and other former police officers restrained George Floyd — handcuffed behind his back, face-down on the ground, with a knee on his neck — prevented him from breathing properly.

Dr. Martin Tobin said the cause of Floyd’s death was hypoxia, or a low level of oxygen that led to asphyxia, or suffocation. The overall effect of the restraint was almost “as if a surgeon had gone in and removed the lung,” he said, referring to Floyd’s left lung.

On Wednesday, attorney questioning returned to the topic of Floyd’s drug use. Defense attorney Eric Nelson suggested Floyd said the words, “I ate too many drugs” during his struggle with police last Memorial Day and played several seconds of unintelligible police body-camera audio for witnesses.

In the afternoon, two forensic scientists said pills found in the SUV and police squad car Floyd had been in that day contained methamphetamine, a stimulant, and fentanyl, a synthetic opioid. A toxicology report found both drugs in Floyd’s system after his death.

Chauvin is charged with second-degree murder, third-degree murder and second-degree manslaughter in Floyd’s death. The defense argues Floyd died as a result of the drugs in his system and underlying medical issues, but prosecutors say Floyd was killed by Chauvin’s knee on his neck for more than nine minutes.

Dr. Martin Tobin, a physician who has been working in respiratory physiology since 1981, testified Thursday that Floyd died from a “low level of oxygen,” which caused damage to his brain and an abnormal heartbeat.

Tobin said the cause of Floyd’s death was hypoxia, caused by Floyd having to take shallow breaths that didn’t allow oxygen to travel to the lower lungs where gas exchange occurs.

Tobin said he watched videos of Floyd’s arrests “hundreds of times” and found Chauvin’s left knee was on Floyd’s neck for the majority of the time. The combination of Floyd being handcuffed behind his back, the officers’ manipulation of the cuffs, and the pavement beneath Floyd combined to interfere with Floyd’s ability to breathe, Tobin testified.

“It’s like the left side is in a vise. It’s totally pushed in, squeezed in from the street at the bottom, and then from the way the handcuffs are manipulated,” he said. “That totally interferes with central features of how we breathe.”

Tobin looked at the jurors as he testified, and every juror took notes. At one point, Tobin asked them to feel their own necks to locate the hypopharynx, spurring a sidebar conversation between the prosecution and defense. The judge told jurors they didn’t have to follow his instructions.

Tobin said when the toe of Chauvin’s boot was off the ground, 91.5 pounds of weight were coming down directly on Floyd’s neck. When Chauvin’s toes were on the ground, he said Floyd had 86.9 pounds on his neck.

“Now the work Mr. Floyd has to perform is huge,” Tobin said. “With each breath he has to fight against the street, fight with the small volumes he has, and try to lift up the officer’s knee with each breath, and has to also lift up the effect of the officer pumping up his arm – the handcuffed arm.”

During the first four minutes and 51 seconds of the subduing, Floyd was able to speak, which meant oxygen was reaching his brain, said Tobin. After five minutes and three seconds, Floyd kicked out one leg in an extended position signaling he had suffered brain damage. After that point, the movement of Chauvin’s knee was no longer relevant because the damage was done.

“You’re seeing here fatal injury to the brain from a lack of oxygen,” Tobin said.

Tobin testified that Floyd lost consciousness at 8:24 p.m. As an intensive care unit doctor, Tobin said he could tell a patient lost conscious “by how you flick your eyes, or how you constrict the muscles in your face.”

“You can see from his eyes, he’s conscious. Then, he isn’t,” Tobin said. “That’s the moment the life goes out of his body.”

“The knee remained on the neck for another 3 minutes and 2 seconds, after we reached the point where there’s not an ounce of oxygen left in the body,” Tobin said.

Addressing arguments from the defense that Floyd died due to his poor health and drug use, Tobin said Floyd’s breathing wasn’t impacted by fentanyl in his system, or underlying health issues.

On cross examination, lead defense attorney Eric Nelson underlined the disparity between Tobin’s medical expertise and the training of Minneapolis police officers, “who are not even EMTs.”

Tobin also said, after questioning, he is aware Floyd’s autopsy showed no evidence of any bruising or damage to the hypopharynx – part of the throat that Tobin earlier said was restricted by the officers’ restraint.

The prosecution has said Chauvin is not only culpable in Floyd’s death but that he also failed to carry out his duty to provide basic care when Floyd was in medical distress and then became unresponsive.

Several Minneapolis police department officials testified Chauvin violated department policy by failing to move Floyd on his side to ease his breathing once he had been restrained face-down on the ground.

“When someone is in our custody, we have an obligation to provide for their care,” Minneapolis Police Chief Medaria Arradondo told jurors. That’s true even if an officer is applying defense tactics, the chief said. “They’re still in our custody,” he said. “They have rights.”

The defense has argued Chauvin and the other officers were unable to care for Floyd because they were distracted and threatened by a crowd of vocal, upset bystanders. “As the crowd grew in size, seemingly so too did their anger,” lead defense attorney, Eric Nelson, told jurors. Read more.

Sgt. Jody Stiger, a Los Angeles Police Department officer who has conducted about 2,500 use-of-force reviews in his career, told jurors Wednesday that Chauvin used “deadly” force on George Floyd and kept his knee on Floyd’s neck for more than nine minutes.

Stiger said the initial force used on Floyd was appropriate because Floyd was resisting arrest as officers tried to get him into their patrol car. However, after officers forced Floyd to the ground, “they should have de-escalated the situation,” Stiger said. Instead, the officers continued to intensify the situation, he said.

Stiger said the number of officers on the scene outweighed any threat posed by Floyd, who was not actively resisting while he was in the prone position. He said “no force should have been used after he was in that position.” But the pressure continually exerted by Chauvin “raised the possibility of death,” he said. More here. 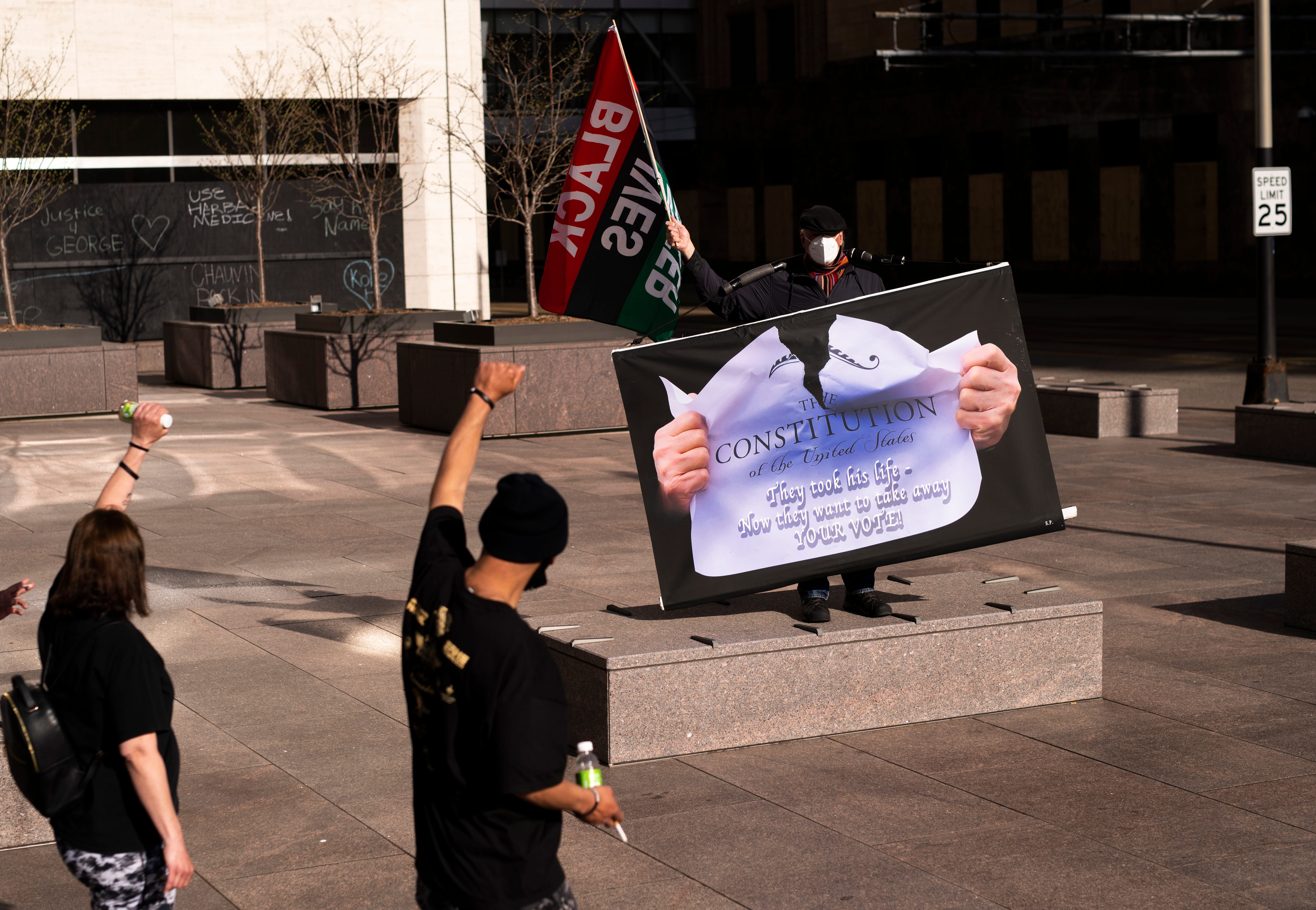