Former Minneapolis police officer Derek Chauvin was handcuffed and taken into custody after a jury found him guilty of murder and manslaughter in the death of George Floyd.

Images of Chauvin leaving the courtroom in handcuffs spread quickly on social media.

Chauvin stood and placed his hands behind his back as sheriff’ inside the court room placed the handcuffs on him.

He also appeared to speak briefly with his attorney, Eric Nelson, as the officer led him out the room.

Prosecutors moved for and Judge Peter Cahill ordered Chauvin’s bail to be revoked and him to be remanded into Hennepin County sheriff’s custody until a sentencing hearing in several weeks.

Some social media users noted the imagery of a former police officer being led out of a courtroom in handcuffs. Others shared the initial police report filed after Floyd’s death, in which officers wrote, “Officers were able to get the suspect into handcuffs and noted he appeared to be suffering medical distress.”

Chauvin, 45, was found guilty of second- and third-degree murder and second-degree manslaughter. George Floyd’s death in police custody last May led to widespread protests around the U.S. demanding racial justice and police accountability.

Live updates:Chauvin found guilty on all counts in the murder of George Floyd

Chauvin expected to file appeal of guilty verdict:But the issues to be raised are up for debate. 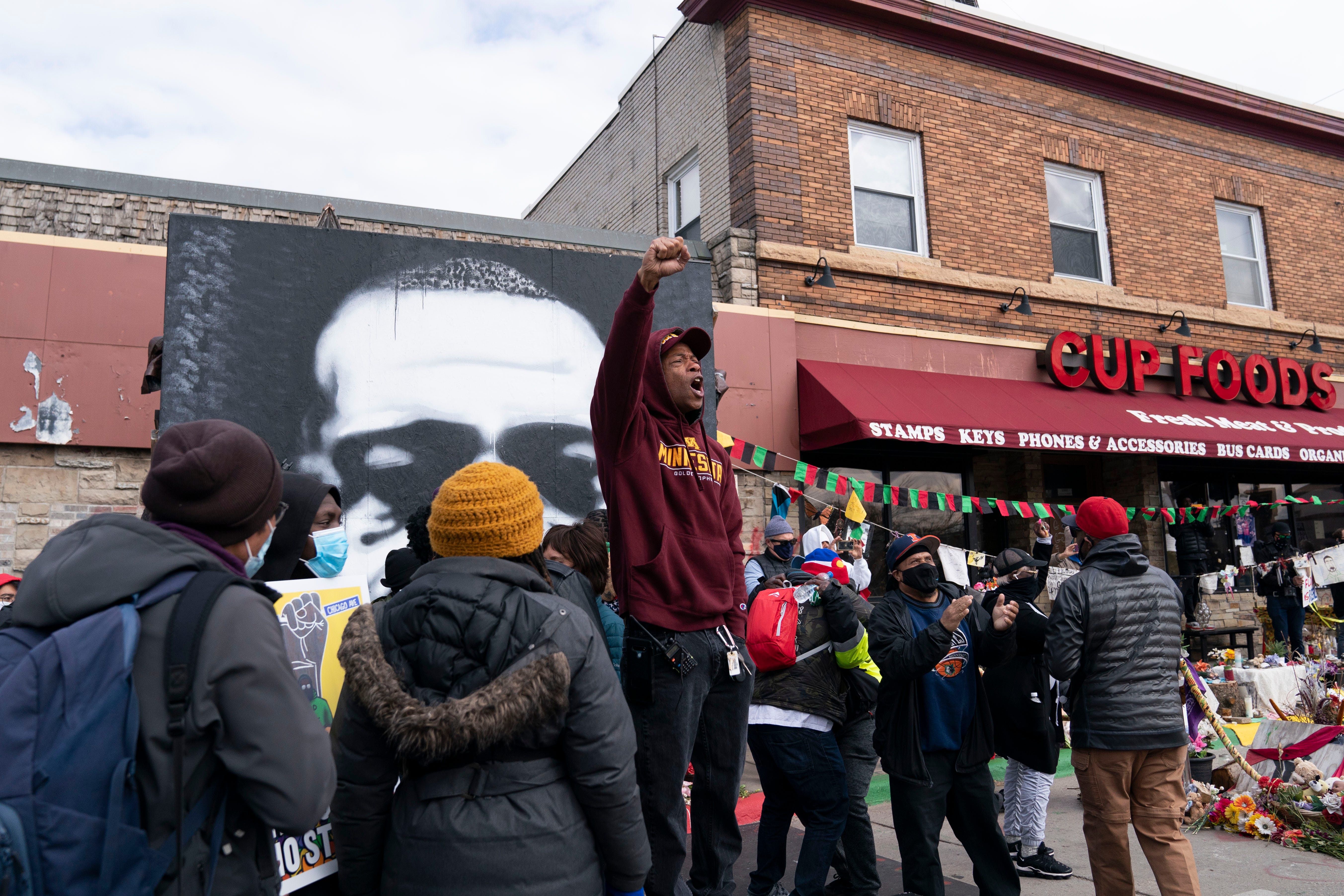