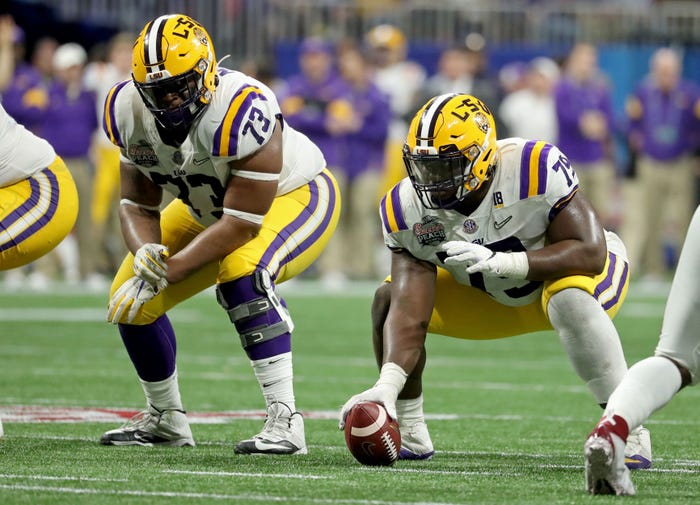 As college football programs race to bring players back to campus for workouts beginning as early as next week, confidence in a season beginning on time is undergirded by statistics that suggest the odds of a college-aged athlete dying from COVID-19 are extremely low.

Conference commissioners, college presidents, athletics directors have acknowledged that as football teams return to play, there will inevitably be cases and perhaps even outbreaks that pop up in athletics facilities. The belief — or maybe it’s merely a hope — is that players who contract the virus will recover because they are healthy and young.

But that assumption, according to some infectious disease experts, might ignore a hidden danger lurking in every locker room: Does the sheer size of offensive or linemen put them into a higher-risk category for COVID-19 complications?

“Yes, I’m concerned about players with high BMI (Body Mass Index) as compared to players who do not have high BMI,” said Gretchen Snoeyenbos Newman, an infectious disease fellow at the University of Washington. “I don’t know what that means in a lived clinical way for these athletes, and I don’t think anybody knows yet. That’s the scary part.”

Though physicians and scientists are still in the relatively early stages of learning about COVID-19, including key questions such as why some people have no symptoms and others get extremely ill and whether a severe case could result in long-term damage to the lungs, there is broad agreement that obesity is a potential risk factor for complications from the virus.

According to the Centers for Disease Control, a BMI of 40 qualifies someone as severely obese and puts them “at higher risk for complications from COVID-19.” For an adult male, that translates to someone who is 6-3, 320 pounds. In last year’s national championship game, the average size of the starting offensive linemen was 6-4, 325 pounds for Clemson and 6-4, 321 pounds for LSU.

RAINER SABIN:Jim Harbaugh is delusional if he thinks Michigan football has been close to a national title

ON THE MOVE:Quarterback JT Daniels transferring from USC to Georgia

Of course, while offensive linemen carry a lot of weight by necessity of their trade, their muscle-to-fat proportion is not the same as regular people. Nevertheless, it’s a question that has largely gone unanswered and even unasked up to this point: Would a 300-pound offensive lineman be more susceptible to a severe case of COVID-19 and perhaps even at greater risk of death than other players?

“Everything being equal, individuals who are obese by Body Mass Index do tend to have more of a tendency to develop severe infection than someone who is not obese, and that applies whether you’re an athlete or not an athlete,” said Amesh Adalja, a senior scholar at Johns Hopkins and an expert in infectious disease who is part of the NCAA’s coronavirus advisory panel. “The cardio pulmonary fitness of a linemen who has a high Body Mass Index … they may be better off (than the non-athlete) but in general obesity is a risk factor we have to think about.”

Due to their anomalous nature as elite athletes who also happen to carry around a lot of extra weight, linemen have been the subject of multiple studies related to various health conditions.

A 2005 paper in the New England Journal of Medicine concluded that players with higher BMI were more likely to develop MRSA, a difficult-to-treat staph infection. A study that tracked 126 college football players over multiple years was published last fall in the Journal of the American Medical Association Cardiology and found that the rapid weight gain associated with being a lineman was associated with early cardiovascular risk like blood pressure and thickening of the heart and arteries.

The lead investigator of that study, Jonathan H. Kim, is a sports cardiologist at Emory University and works with all three major professional sports teams in Atlanta. As is the case with many questions surrounding COVID-19, he said, the answer is that we don’t really know whether certain types of players are more at-risk of a severe infection.

"It’s very fair to state that college football players, regardless of position, are still overall healthy and so my initial opinion would be they’re not at higher risk for cardiac complications post-COVID,” Kim said. “But these are the questions we want to ask because ultimately we know COVID is going to be with us for the foreseeable future and we need to know the best way to take care of these athletes and try to mitigate potential cardiac risk down the line for them.”

Kim more recently co-authored an opinion piece laying out recommendations for athletes who return to training and exercise after they recover from COVID-19. Even for athletes who experience only mild symptoms and aren’t hospitalized, these guidelines put forth by the American College of Cardiology’s Sports & Exercise Council suggest two weeks of no exercise after symptoms subside plus cardiac testing to look for any underlying heart inflammation or injury before a return to play.

Though he acknowledged that some critics would call that approach too conservative, the unknown is part of what makes the clinical approach to the virus so vexing.

“We’re going to learn. The data is going to come,” Kim said. “If there is any good news it’s that we’re going to garner the data that we need to make better recommendations.”

Thomas Russo, an infectious disease expert with the University at Buffalo medical school, said it was an “interesting question” whether linemen would be more at risk than other players of developing a severe infection but tied it more to the nature of their position than body weight. Whereas a wide receiver might have more limited close contact with a cornerback through the course of a game, someone on the line of scrimmage is lining up face-to-face with an opponent on every play.

“They’re the ones who are in the trenches getting pelted with respiratory secretions,” Russo said. “You’re in someone’s face every play and breathing hard and you’re in these piles all the time. They might get a huge viral load if someone on the field was infected.”

Though doctors aren’t certain about any of these issues, the mere fact that they haven’t been studied should potentially give some pause to athletic departments as they move quickly to prepare for a football season starting on time in late August and early September.

As Russo said, rather grimly, “This whole concept of, ‘Oh they’re young, they’re healthy they’ll recover, is a flawed concept. Whoever comes up with this is clearly someone that isn’t thinking about this from a medial point of view. No one is bulletproof on this, OK? There are still going to be people who are younger, in their late teens or 20s that perhaps for genetic reasons are going to have a bad outcome. It’s statistics.”

And because COVID-19 hasn’t been around but a few months, there’s no way to quantify the long-term risk, even if someone recovers. It’s also currently inclusive, according to both experts and the Sickle Cell Disease Association of America, whether sickle cell trait — a common factor in sudden football-related deaths — is a factor in COVID-19 outcomes.

If college athletic programs aren’t making those unknowns abundantly clear to the players under their care, it’s a dereliction of their duty.

“You have to think about not just are you going to die but are you going to get really really sick and what might that mean for your career,” Snoeyenbos Newman said. “It’s definitely not all or nothing. There’s a huge spectrum of illness that happens and some of it is quite severe and long lasting. There are outcomes that are bad that are not death.”