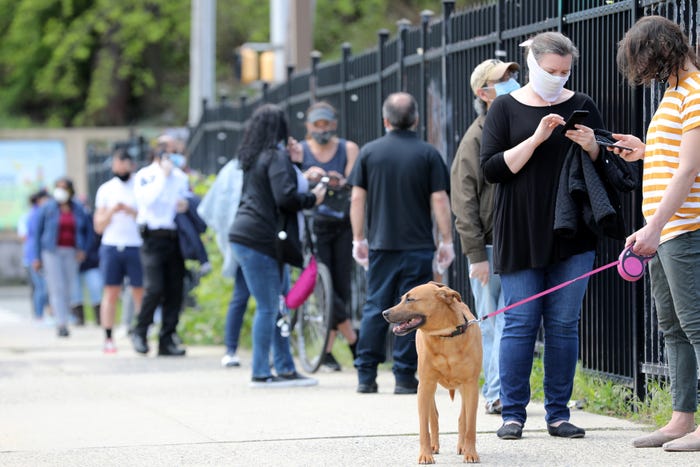 Did you get the message? A friend forwarded a conspiracy theory last week that tells you all you need to know about why contact tracing apps don’t have a prayer of making a difference in the fight to contain COVID-19.

The accusation isn’t true – but it rings true, which is why it spread like the summer wildfires torching the arid West.

“PLEASE SHARE!!” the text pleaded. “So when everyone was having phone disruptions earlier this week, they were adding COVID-19 trackers to our cell phones.”

Actually, the service disruptions had nothing to do with COVID-19. They were caused by a massive outage last Monday on T-Mobile’s network. Separately, what “they” have been adding to our iOS and Android phones for weeks now isn’t an app at all. It’s a framework for contact tracing that Apple and Google jointly defined. But it won’t do anything – can’t do anything – unless you download an app written to make use of it. And, oh yes, consent to let the app track you.

So, no sneaky misdirection in play. Still, it’s easy to see why so many people took the message to heart. In the 13 years since the iPhone redefined our world, the one thing we’ve come to trust about new technologies is that they end up knowing far too much about us.

And that right there, folks is the central obstacle for contact tracing apps, and why a well-meaning project like the one that convinced two duel-to-the-death competitors to join forces has been largely DOA in this country. Big Tech has a privacy problem. And here, at least, its impending success.

Contact tracing apps help flag when users have come in close enough contact with those infected to catch COVID-19. But a tracing app needs a critical mass of folks using it to be effective – at least 60% of the population, by some estimates.

Apple and Google thought they could lower the bar by pooling their communities – in other words, just about everyone with a smartphone – with a single, unified framework. But even that can’t overcome our mistrust. According to a recent study, just 29% – less than half the number of Americans needed – would consider using COVID-19 contact tracing apps. The most common reason for refusing to participate? Privacy, of course.

If there were a contact tracing framework to trust, ironically, it would be the one Apple and Google hustled to define. They’ve built in extra protections to safeguard users’ privacy and give them control over what to share with health authorities. If one day you receive a warning that you’ve been exposed to someone who tested positive, you won’t know who the person is or when or where you came in contact. In fact, the decentralized system doesn’t even know.

Those protections are what convinced Germany to drop an earlier digital tracing project and instead build its app, called Corona-Warn-App, on the Apple-Google platform. Germany just released the app last week.

It’s too early to say whether the app will reach critical mass, though prospects are somewhat brighter across the Atlantic due to stricter privacy laws.

Here in the U.S., I fear the privacy problem is just too great to overcome. Which is too bad, because the potential benefits to our economy and the country’s overall health are undeniable. And, at least in the case of apps built on top of the Apple-Google framework, the terms of use are actually palatable.

Unfortunately, our suspicions won’t allow a contact tracing app to be successful in this country. Which makes Big Tech’s privacy problem our problem. Just like it’s been all along.

USA TODAY columnist Mike Feibus is president and principal analyst of FeibusTech, a Scottsdale, Arizona, market research and consulting firm, and producer of the Privacy Now interview series on YouTube. Reach him at mikef@feibustech.com. Follow him on Twitter @MikeFeibus.