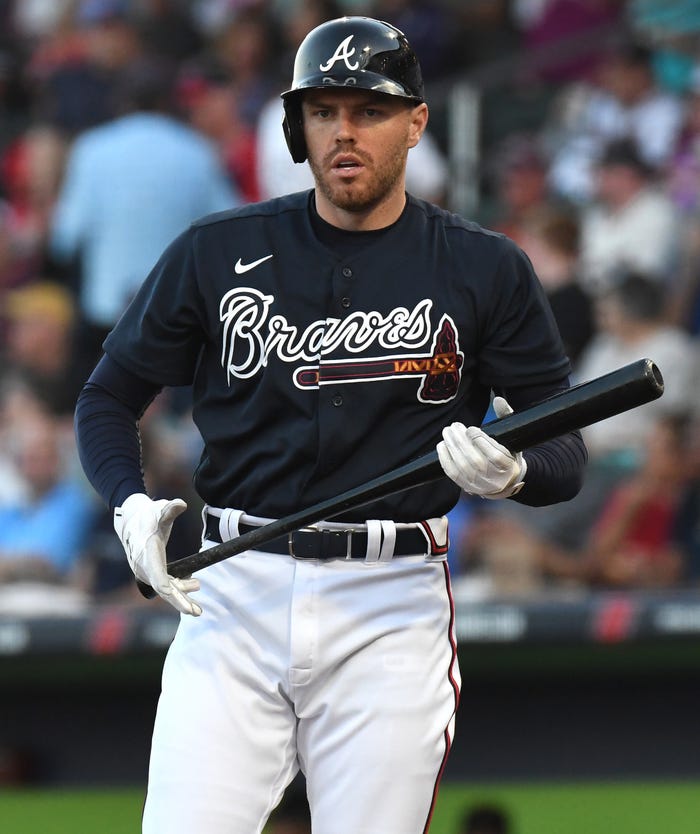 Major League Baseball's attempt to stage a 60-game season as the nation reckons with the novel coronavirus hit another rough patch Saturday when the Atlanta Braves revealed All-Star first baseman Freddie Freeman and three other players are out indefinitely after testing positive.

Freeman, pitchers Touki Toussaint and Will Smith and veteran infielder Pete Kozma all tested positive, Braves manager Brian Snitker said Saturday in a conference call with reporters, and Freeman at the moment is suffering from symptoms of COVID-19.

Freeman's case illustrates a crucial point about the coronavirus: A negative test does not ensure a person is free of it.

Snitker told reporters that Freeman tested negative during intake screening Monday or Tuesday but developed symptoms between that time and the club's first workout Friday.

"He's not feeling great," Snitker said, per the Atlanta Journal-Constitution, noting that it "will be awhile" before Freeman can report. Snitker said Kozma has also experienced symptoms, while Toussaint and Smith -- expected to be the club's closer this year -- are asymptomatic.

MLB and the Players' Association reported on Friday that 31 players and seven staff members tested positive during intake screening, although some teams have players with results pending. The 1.2% positivity rate out of 3,185 samples is not terribly discouraging for a first round of testing, though it is probably unsustainable if it does not improve as the league inches toward opening the season July 23.

The league and its teams are not revealing specific players who tested positive without their consent.

Freeman, 30, is by far the most prominent player in that group. A four-time All-Star, he finished eighth or better in NL MVP voting in four of his eight full seasons and has 227 home runs, with a career OPS of .883. He was an All-Star each of the past two seasons as the Braves captured consecutive NL East championships.

Snitker also noted that first base coach Eric Young Sr., 53, has opted out of coaching in person this season.