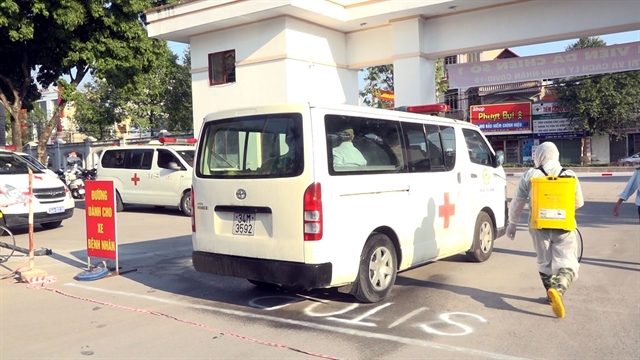 A medical worker sprays chemical substances for disinfection at the Chí Linh Medical Station in Hải Dương Province where many patients are under treatment. — VNA/VNS Photo Mạnh Tú

HÀ NỘI — Fifty-three new cases of COVID-19 were confirmed on Saturday evening, raising the total number of COVID-19 patients in Việt Nam to 2,195, the Ministry of Health announced.

The new cases include 49 domestic infections and four imported cases.

Of the 49 domestic cases, two are in HCM City whereas the other 47 are in Hải Dương Province.

All of the 49 new patients had previously been quarantined.

The four imported cases, including an eight-year-old girl, were quarantined upon arrival in Việt Nam and are being treated at the Củ Chi Hospital in HCM City. — VNS