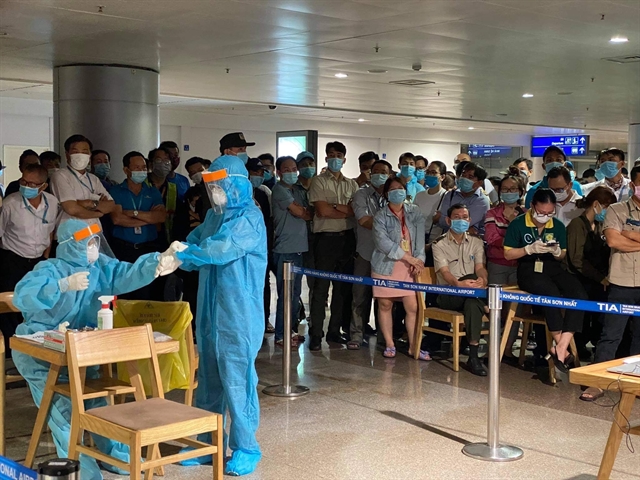 More than 7,300 staff at HCM City’s Tân Sơn Nhất Airport have been tested for COVID-19 after dozens of staff at the airport tested positive. — VNA/VNS Photo

The baggage handler, 29 years old, lives in Tân Bình District, HCM City and had close contact with an airport employee confirmed earlier to have COVID-19.

He tested positive for SARS-CoV-2 on Tuesday and is being treated at the Củ Chi Field Hospital.

Fourteen of the new cases are in the northern province of Hải Dương.

Among those, 13 are linked to positive cases confirmed earlier in the province’s clusters and have been quarantined since the outbreak was detected. One case was detected through a health check-up at a hospital.

Four of the new cases are women aged between 27 and 39 in Ia Pa District, the Central Highlands province of Gia Lai. They all had close contact with positive cases confirmed earlier.

All of them have been quarantined since the cluster was detected and are being treated at the provincial general hospital.

Another new case is in the northern province of Quảng Ninh and had close contact with a previously confirmed positive case.

He was quarantined upon arrival.