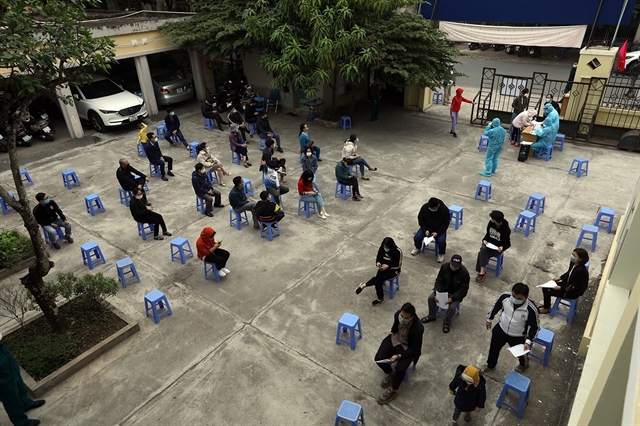 HÀ NỘI — Fifteen new COVID-19 cases were reported on Friday evening, raising the total number of patients in Việt Nam to 2,362, said the Ministry of Health.

All of them are in the northern province of Hải Dương and thirteen were quarantined previously. One case was detected in the lockdown area but reportedly revealed no chance for a community infection and one another case tested positive during a health check at hospital.

The Hà Nội Department of Health said that by 8am of Friday, the capital city had checked 33,258 people coming back from Hải Dương Province – scene of the biggest outbreak of the country to date.

It is forecast that the number will rise so the city authorities will continue taking tests. So far, more than half of those tested were negative and the rest are waiting for test results.

Meanwhile, Director of the Civil Aviation Authority of Việt Nam (CAAV) Đinh Việt Thắng has signed a document submitted to the Ministry of Transport (MoT) for consideration and decision on extending the temporary closure of the Vân Đồn International Airport in Quảng Ninh Province.

Now the CAAV proposed an extension of the temporary closure of the airport until February 21. — VNS