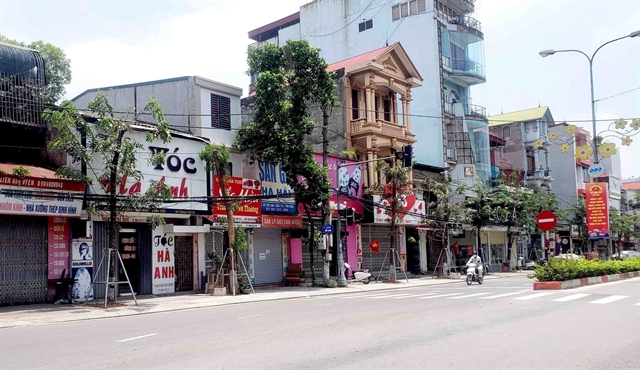 Non-essential services in the northern province of Vĩnh Phúc are closed as required to prevent the COVID-19 spread. — VNA/VNS Photo

Bắc Giang was the hardest hit, with 68 new cases detected on Sunday in the northern province, while Bắc Ninh Province recorded 48 cases.

All were in quarantine sites or locked-down areas, the Ministry of Health (MoH) said.

There were also two imported cases that were immediately isolated after entering the country from France and South Korea.

In total throughout the pandemic, Việt Nam has seen 3,734 domestic infections and 1,483 imported ones. — VNS